Legislative Report: Wisconsin Not on the Hook For as Much if Kenosha Casino Opens 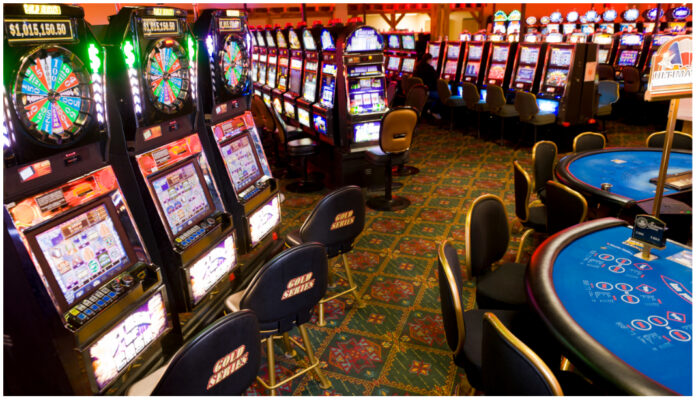 A new report says Wisconsin shouldn’t have to pay $240 million if a new casino opens in Kenosha.

The report from the Legislative Reference Bureau says the cost to the state is not as big under the latest gambling compact with the Forest County Potawatomi as it was under the last.

“The financial risk to the state is not as great as during the 2013-15 deliberations. Since Gov. Walker rejected the Kenosha casino, the state agreed to a 2018 compact amendment with the Potawatomi that significantly reduces the state’s liability if a casino opens between 30 and 50 miles from the tribe’s Milwaukee casino,” the report states

The old agreement with the tribe could have cost Wisconsin $243 million in compensation if a new casino opened within 50 miles of the tribe’s Milwaukee casino.

“Most significantly, the 2018 amendment provides mitigation for revenue losses only on a going-forward basis,” the LRB analysis said. “In other words, unlike in the 2014 arbitrated amendment, the state would not have to refund the tribe for any of the tribe’s past payments to the state,” the report notes.

The LRB report notes that while the Potawatomi Tribe could still withhold payments from the state if a Kensoha casino opens, those withholdings are capped at $250 million, and end when the 2018 gambling combat expires in 2031.

The Menominee tribe earlier this year announced that it is working with Hard Rock International, which is owned by the Seminole Tribe, to open a new casino in the town of Bristol.

“One of the stated reasons mentioned in rejecting the Menominee’s Kenosha casino project was putting the state at risk for repaying millions of dollars,” Sen. Bob Wirch, D-Somers, said. “With this new examination of the amendment approved between former Gov. Walker and the Potawatomi, there is significantly less financial risk to the state in approving a Kenosha casino. Now, there are even more reasons to support the Menominee’s effort to team up with Hard Rock International to develop and build a destination entertainment center and casino in Kenosha.”

Menominee chairman Ronald Corn Sr. said the casino will be a destination for visitors, but a lifeline for his tribe.

“Our goal for this major economic development and tourism destination project is to invest in improving and expanding access for our tribal members to health care and education and devote more resources to fighting poverty, hunger, and unemployment on our reservation,” Corn said in a statement.

Nancy Pelosi to step down from House leadership