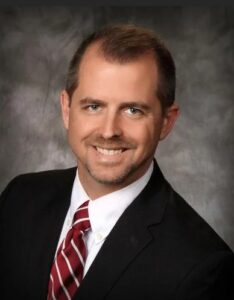 The Dodge County DA’s office is about to have ZERO prosecutors with not even an elected DA remaining. And the DA who just resigned says he did so in frustration when he couldn’t get help from the Democratic attorney general and governor and would have had to handle 1,200 criminal cases himself.

When we heard about the situation from a source, we contacted District Attorney Kurt Klomberg, who told WRN that Attorney General Josh Kaul’s office refused to send prosecutors to help when his only remaining working assistant prosecutor gave notice.

“Prior to my resignation, and after my last working ADA gave me her notice, I requested assistance from the AG’s Office,” Klomberg told Wisconsin Right Now. “I was told that they may be able to take a case or two and provide some ‘case analysis,’ but that there were no prosecutors they could send for a period of time to work in the office directly. For reference this office files around 1200-1300 criminal cases each year.”

Former Attorney General candidate Eric Toney made vacant prosecutor positions a key issue in the AG race last fall. The Wisconsin State Journal reported then that criminal litigation position vacancies have ranged from 13% to 29% from 2021 to July 2022 under Kaul, which Toney said was endangering public safety, along with vacant DCI agent jobs.

In a Dec, 29, 2022, letter to Gov. Tony Evers, Klomberg resigned, calling the “current conditions in the office” untenable “due to a projected loss of all working prosecution staff before the end of January 2023.”

The office faced the retirement of half of its attorneys between July 2022 and January 2023, and then another prosecutor took family leave, the letter says. No attorney has accepted an employment offer, and the Dodge County DA’s office has received no additional application because “the current compensation package is simply not competitive with other government lawyer positions, let alone the private sector.”

The last working and non-retiring prosecutor then opted to take one of many open ADA positions in a different county created by the statewide prosecutor shortage, Klomberg wrote Evers.

Kloomberg wrote, “By myself, I cannot appear in four circuit courts, negotiate and prepare the over 70 cases set for trial before the end of February and meet my obligations to crime victims.”

Thus, Klomberg, the immediate past president of the Wisconsin District Attorney’s Association, said he is leaving the job. He called on the governor and Legislature to “work together to resolve the prosecutor recruitment crisis.”

In case the governor didn’t get the sense of urgency, Klomberg’s letter concluded in bold: “If I was unclear, as of January 17, 2023, there will be no state prosecutors working in Dodge County, as that day the last working ADA will retire.” </strong

Eric Toney, the Fond du Lac County DA who is president of the Wisconsin District Attorney’s Association, told Wisconsin Right Now: “The prosecutor shortage in Wisconsin is hitting a crisis point based primarily on low pay and the situation in the Dodge County District Attorney’s Office highlights the need for the legislature and Governor Evers to meaningfully address prosecutor pay in the upcoming budget. It is crucial to have experienced and talented prosecutors working together with law enforcement to keep our communities safe and find justice for crime victims.”

According to Toney, “In April of 2012, there were 330 assistant district attorneys (ADA) in Wisconsin but by the fall of 2022 only 135 of those ADAs remained in state service, a staggering 59% turnover rate. That has resulted in 65% of ADAs with less than 10 years of experience. DPM conducted a market study in September of 2022 reflecting neighboring state prosecutor starting pay and Wisconsin assistant corporation counsel starting pay averages $35.14 per hour. The starting pay for Wisconsin ADAs is $27.24 per hour.”

Toney said his office is willing to step up and help Dodge County prosecute cases.

We asked Klomberg how he thought Gov. Tony Evers handled the situation.

“When I was facing the departure of all my staff, just prior to Christmas and prior to my decision to resign, I sought assistance from the Department Of Administration,” Klomberg said. “I specifically requested retired prosecutors be sent to the county to assist. I was told that there was not a feasible solution to acquire those resources.”

After receiving that message, Klomberg “sent my resignation letter because I knew that I could not do the work of six attorneys on my own without committing malpractice and sacrificing the interests of my family. Additionally, I was able to quickly obtain new employment options consistent with my family interests and level of skill. After I sent my letter of resignation, DOA found prosecutors that were apparently not available prior to my resignation. I hope that the next DA that faces a similar situation will not have to resign first to ensure emergency resources are made available to serve the needs of crime victims in their home county.”

According to Klomberg, the last working assistant DA in Dodge County will retire on January 17, 2023. A county managing attorney who doesn’t do prosecution work retired on February 1. There is a DA on family leave out until at least the end of February.

He said that the state is now deploying “some retired prosecutors to assist in the coverage, but the full length of their term of service is not clear.”

We asked what would happen to criminal cases referred to the DA’s office by local law enforcement. He said the retired prosecutors will primarily handle them until the governor appoints a new DA, but after that it is “unclear what the office staffing will be as they were only sent AFTER I sent my resignation.”

Klomberg noted: “Once a new DA is appointed, it is unclear when those prosecutors will be removed, but I fear that it will be before long after the appointment. The new DA will be in exactly the same position I was in at the time of my resignation if these resources are pulled back upon appointment.”

“Thank you for taking an interest in this story,” Dodge County District Attorney Kurt F. Klomberg told Wisconsin Right Now. “Criminal prosecutors are critical to public safety, holding criminals accountable and seeking justice for crime victims. I am deeply saddened to leave my DA position, which I have held for over 12 years.”

Klomberg added: “I have been a prosecutor for over 20 years, and I have never seen the system at this level of crisis. It has always been difficult, but as my letter to the Governor stated, the situation is untenable. Other offices are suffering profound staffing shortages. I hope we are the only ones that get to this point, but I am very nervous about what the future holds for our program.”

We asked Klomberg where he believes the blame lies in this situation.

“The prosecution program was neglected for over 20 years by the State before the current legislature began to take an interest in the program over the past few budgets,” Klomberg said. “The recruitment compensation is the result of that historical neglect.”

He noted that the Wisconsin District Attorneys’ Association (WDAA) “has been working to address various issues with mixed success in a sequential order – retention of experienced staff was first, additional staff was second, encouraging experienced prosecutors to seek leadership positions followed (each in successive budgets), and the next issue (for the coming budget) was to address new prosecutor recruitment compensation.”

Klomberg explained: “The current compensation rate for a new prosecutor is around $56k per year. Other government lawyer positions are starting their attorneys at $80k per year and many significantly higher than that. We cannot compete – especially given the fact that criminal prosecution is an extremely high-stress position that requires examination of the most horrendous and disturbing types of evidence, and direct interaction with deeply traumatized crime victims.”

He continued: “The WDAA is seeking an increase to around $70k per year for new recruits, which is still not in line with other government lawyer positions, let alone the private sector – this is the level sought because we understand the reality of the State budget process. It is based on a market study and I am hopeful that it will assist recruitment and be acceptable to the legislature and the governor.”

“ADA pay must be raised to a bare minimum of $35 per hour, increase the pay for current ADAs by $7.76 per hour, and fund merit based pay progression so we can retain and recruit talented prosecutors by giving them a pathway to a long term career that is financially sustainable so that our communities can be kept safe,” Toney told WRN.

“I’m encouraged by the legislative partnerships we’ve built in past budget cycles and my conversations with those in legislature that they understand the public safety problems with prosecutor pay. I’m cautiously optimistic this will be fixed in the upcoming state budget.”

We wrote Kaul’s and Evers’ offices seeking comment. We will add their comment into this story if it is received.

Crime is a Major Concern For Americans in 2023