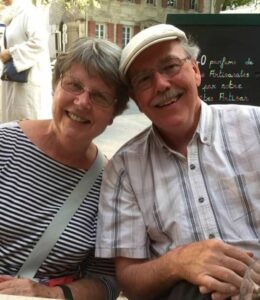 It’s the second drunk driving crash that killed a Wisconsin citizen involving an illegal immigrant in less than a month, authorities say.

Authorities believe that Juan Felix-Avendano, the 21-year-old man accused of killing a Special Olympian from Menomonee Falls and injuring his elderly parents in a horrific drunk driving crash at 99th and Good Hope Rd on New Year’s morning, is an illegal immigrant, a law enforcement source told Wisconsin Right Now.

Furthermore, the source told WRN authorities believe Juan Felix-Avendano was driving 106 MPH in a 40 MPH zone when he slammed into the back of a vehicle carrying Jan and George Schimming, 76 and 78 years old, and their son, Craig Schimming, 52. No other media have reported the suspect’s identity.

A family pastor told WTMJ-TV that the Schimmings were on their way to Eastbrook Church at 7:30 a.m. Craig was a member of the Special Olympics with special needs, who was known as a gentle giant, the pastor said. WTMJ-TV reported that Craig Schimming was a church greeter who volunteered in the church’s preschool with his mom.

Wisconsin Right Now has obtained an interview Eastbrook church did with Jan Schimming; the article describes how she volunteered for a non-profit medical center providing care to people without insurance. She said in the story that she had a nursing background, and she and her husband had been missionaries in Africa.

“Everything begins with prayer. The most you can do for the Bread of Healing Clinic is to pray: pray for resources, pray for volunteers, pray for patients,” she said in that story.

In mid-December, in another horrific OWI-related crash, Ernest Regalado Rodriguez was charged in the drunk driving crash that killed 20-year-old nurse Johanna Pascoe in Caledonia, Wisconsin. Wisconsin Right Now reported that he has an immigration hold in the Racine County Jail and is not a citizen.

Jail booking records confirm that Juan Felix-Avendano is sitting in the Milwaukee County Jail on “pending charges.” Bail is listed at $300,000.

We sent a request to the Milwaukee County Sheriff’s public relations spokesman and acting chief of staff James Burnett and asked whether there is an immigration hold on Felix-Avendano. Burnett did not bother to respond. We have filed an open records request for the information.

We also contacted ICE and were told the agency is looking into our request for information about Juan Felix-Avendano’s immigration status.

The Milwaukee County medical examiner’s office report says that the victim, Craig A. Schimming, 52, was a restrained front seat passenger in the vehicle when it was “rear-ended by another vehicle at a high rate of speed by an intoxicated driver.”

Schimming had several fractures to the pelvic region with internal bleeding, the report says.

He was from Menomonee Falls.

In 2019, the Milwaukee Fire and Police Commission approved a new policy to require a federal warrant signed by a judge for police in Milwaukee to “assist in immigration enforcement” in all but the most serious of cases. At that time, the policy was applauded by then-Mayor Tom Barrett and pro-immigration activists, CBS 58 reported.

According to an ACLU report, “From 2006 to 2020, ICE sought to deport more than 12,000 immigrants living in Wisconsin after picking them up from jails and prisons across the state.” However, at the time of the report, only eight sheriff’s departments were actively helping do so. In 2018, the ACLU found: “The Sheriff’s Department in the state’s largest county, Milwaukee, has no policies regarding honoring ICE detainers or questioning immigrants about their status.”

The vehicle was struck at the intersection of 99th Street and Good Hope Road when it was “T-boned on the passenger side with the striking vehicle moving at a high rate of speed,” the report says.

Schimming’s mother was the restrained back seat passenger side passenger and was in critical condition in the Intensive Care Unit. His father was driving the car and was also admitted to ICU, the ME report says.

The incident involved two vehicles traveling eastbound on West Good Hope Road. The victims were in a 2015 Toyota Rav 4 and were traveling at a speed “consistent with the posted speed limit of 40,” the report says.

The suspect was driving a 2012 Volkswagen Jetta that struck the rear of the Toyota, according to the report.

The officer told the medical examiner that the striking vehicle “was traveling egregiously over the speed limit and the driver appeared to be intoxicated with a strong odor of alcohol noted,” the report says.

The Toyota was in motion when struck. The driver was taken into custody on accusations of homicide by intoxicated use of a motor vehicle, according to the report.

Crime is a Major Concern For Americans in 2023