Deanna Alexander vs. Russell Goodwin: The Choice for Alexander Is Clear in the Battle of the Write-in 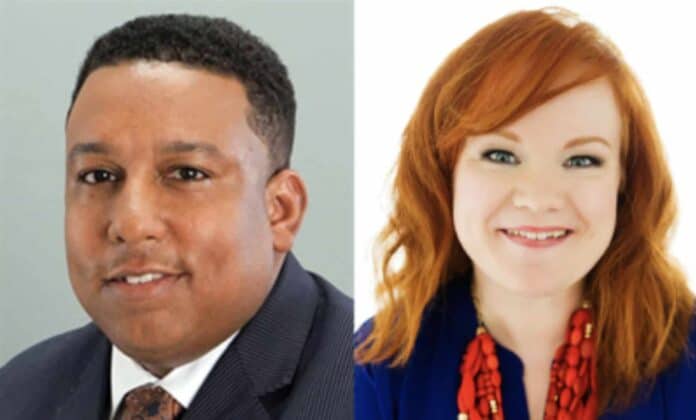 In what’s turning out to be a very interesting Spring election cycle, imagine an office on the ballot with zero candidates. Well, this is what’s happening in the 18th Supervisory District; it actually had no candidates qualify to be on the ballot.

The incumbent, Russell Goodwin, ran for County Board in 2020 under the public impression that he was a conservative and ran unopposed and won. This year. he turned in signatures but failed to qualify because 80 of the 192 turned in were from outside the District – the same district whose boundaries he voted for.

His campaign is mounting a write-in effort and now is sending out emails saying that the reason he didn’t get on the ballot is that people wouldn’t answer their door for COVID.

Goodwin was clearly the ONLY candidate who failed to make the ballot in Milwaukee County. Clearly, this wasn’t really about COVID – it was more about neglect for the details and sloppy work. Is this someone we want overseeing Milwaukee County’s $1.3B budget?

But to make things interesting, several days ago, popular conservative, and former District 18 Supervisor, Deanna Alexander, signed up as a registered write-in candidate for the April 5 election. She served in this role from 2012-2020 and did not seek reelection in 2020 to pursue other efforts.

Clearly, Deanna Alexander’s candidacy scares the Democrats, as she was a notorious fiscal hawk and was very popular among her constituents, on both sides of the aisle. The last thing the Democrats want is to be held accountable.

So, seeing the real possibility of Alexander returning to the County Board, this week the State Democrats have put out two mailers on Goodwin’s behalf touting “Creating a living wage for Milwaukee Families” amongst other things. They are also doing live phone banking for him!

When have we ever seen the modern Wisconsin Democrats EVER campaign for a conservative? The answer is NEVER! Clearly, either Goodwin flipped and is no longer with the conservatives or was never one to begin with. The fact that the Democrats are openly supporting Goodwin should say it all.

If you recall, I wrote Op-Ed wrote about watching out for Liberals in non-partisan clothing, I neglected to include people who are conservatives of convenience.

Claiming things like his being the only candidate that supports law enforcement is allowing us to see through the ruse.

Deanna Alexander is the ONLY candidate who is actually ENDORSED BY law enforcement! She received the endorsement of the Milwaukee Police Association.

At a time when Milwaukee County is in desperate need of responsibility on the County Board, we cannot get this battle of the write-in wrong. There is a distinct choice between a proven track record of accomplishment and an apparent record of neglecting the details. Remember, details matter.