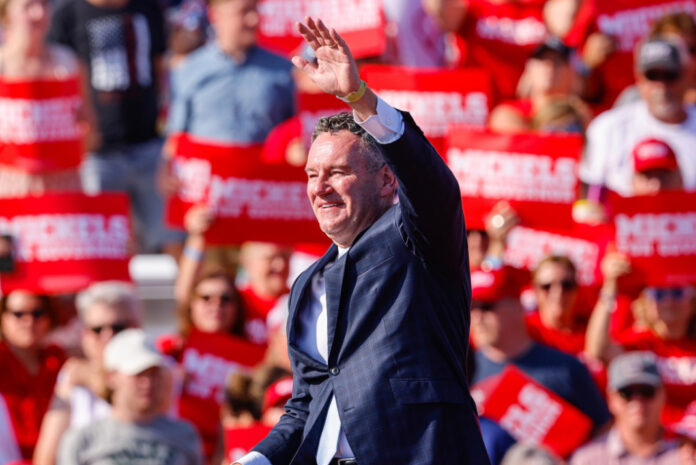 Wisconsin Right Now is endorsing businessman and veteran Tim Michels for governor. Michels is right on policy matters, his business background will bring a fresh perspective to the governor’s office, and Democratic Gov. Tony Evers has simply failed on too many fronts to earn another term.

Evers has proven himself to be an incompetent manager on a host of serious issues, from licensing to parole to veterans’ homes, and the racial disparities in education are, alone, a reason to reject him. He’s been a very partisan governor who has done nothing to reach across the aisle.

“Wisconsin again posted the widest score gaps between Black and white students of any state, now by even greater margins,” the Milwaukee Journal Sentinel wrote just a few days ago. That is an unacceptable failure by any measure, and voters should hold Evers, the so-called “education governor,” accountable for it on Nov. 8.

Evers’ COVID policies kept some children out of school for way too long resulting in mental health issues among many.

When it comes to public safety, Evers is a proven radical on criminal justice, which is dangerous for Wisconsin at a time of skyrocketing homicides. Worse, he’s completely lacked empathy when it comes to murder victims’ families, who outrageously were not notified of paroles and parole hearings, with zero expression of concern from the governor. He has tried to punt responsibility for his own appointees unless it suits him politically. His handling of the Parole Commission appointments was abysmal.

The pace of paroles overall and of paroled killers and attempted killers has escalated during Evers’ tenure.

His Department of Corrections, a state agency he controls, put a rapist/strangler, Terrance Shaw, in a DAYCARE. It’s DOC, under Evers’ direct leadership (or lack thereof) that is supposed to notify victims’ families of parole hearings.

We get that many in the public don’t see Evers as a “radical.” This is driven by a superficial image; to many he seems like Mr. Rodgers. However, when you look at his record on paroles and pardons and earned release or his comments and failure to lead in Kenosha, you see reality.

Evers is a radical. He claims he did what he was asked in Kenosha, but the fact of the matter is that Kenosha burned under his watch. A leader would have done whatever it took to prevent that. His comments prejudging the officer who shot Jacob Blake (and was later cleared by a Democratic DA) were inciting and outrageous.

There are two choices on the ballot on Nov. 8: Tony Evers and Tim Michels (independent Joan Beglinger is on the ballot but has dropped out and endorsed Michels). Michels needs every conservative and moderate vote he can get. It is going to be exceptionally close.

Michels is obviously, clearly, and resoundingly the better choice. His military and business experience will make him a very effective leader.

Rodger Roth, who will be Michels’ lieutenant governor is an experienced and courageous legislator.

Michels will back the badge, appoint better judges (Evers has appointed a host of public defenders to the bench), and he would not veto common-sense Republican legislation on issues such as election integrity, Second Amendment rights, and school choice.

Michels would expand educational freedom for kids, we think he would deliver better budgets, he would fund police, and he would fix the bureaucratic messes that Evers has allowed to fester.

We believe that Michels would not pick a Parole Commission Chairman who would release some of the state’s most horrific murderers and rapists.

When it comes to abortion, which the liberal media want to endlessly fixate on, it’s MICHELS, not Evers, who has the moderate position. On this issue, Evers is the radical extremist. Michels has said he would sign abortion legislation with exceptions for rape and incest; Evers has promised to veto it.

Evers’ failures are many:

It’s time for Evers to go. We urge you to vote for Tim Michels on Nov. 8.