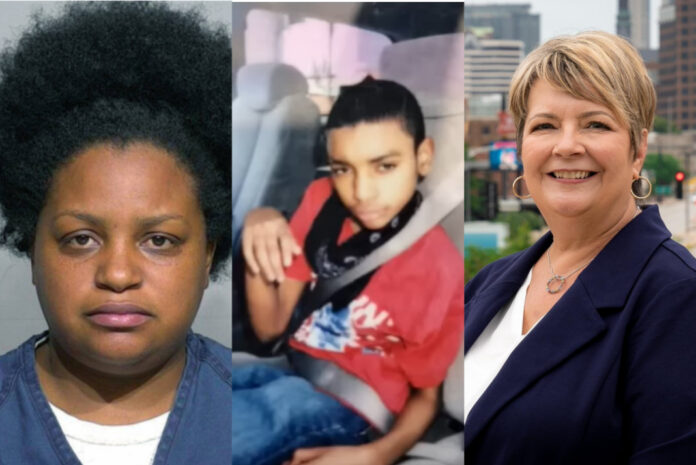 Left-wing state Supreme Court candidate Judge Janet Protasiewicz gave NO PRISON to a Milwaukee woman who starved her child so severely that the 16-year-old boy weighed only 42 pounds when he died.

The victim was Hector Pizarro.

It’s the latest weak sentence uncovered for Judge Janet Protasiewicz, an extreme left-wing Milwaukee County judge running for state Supreme Court. Earlier, we revealed that Protasiewicz sentenced a felon who raped and abducted a teenage girl to time served with no prison time.

The latest case to highlight Protasiewicz’s weak sentencing record is the case of Iraida Pizarro-Osorio, who was charged with felony neglect of a child (consequence is great bodily harm) in 2020.

In this case, Protasiewicz gave the defendant an eight-year prison sentence (four of the years were extended supervision) but STAYED it, meaning she doesn’t have to serve it unless she messed up. On Nov. 25, 2020, at the sentencing hearing, she gave her probation but gave her until November 20, 2020 to report to probation. She even stayed a one-year sentence in the House of Correction.

That jail sentence was STAYED until a probation review. On Feb. 22, 2021, court records say “Defendant is compliant or mostly compliant with probation. The remaining condition time is stayed. Court found that further review is not needed.” Protasiewicz was the judge.

She also gave the defendant credit for 332 days time served in jail but no further incarceration time.

Judge Janet Protasiewicz was also lenient with the defendant’s bail, adjusting it down to $1,000 on July 31, 2020. The sentencing occurred in November 2020. In July 7, 2020, Protasiewicz also reduced the defendant’s bail, this time to $5,000. In February of that year, bail was initially set at $20,000 and, before that, a court commissioner set it at $35,000.
A criminal complaint stated that the 16-year-old boy died of severe malnutrition.

Pizarro-Osoro had brought the child to a Milwaukee health center where he died.

The complaint says he was “unresponsive, had a faint pulse and appeared extremely emaciated.”

His bones were visible underneath his skin because he did not have muscle. The complaint says she lied about taking the child to a doctor in Puerto Rico. It was revealed that Pizarro-Osorio locked the boy in his room at night, and Child Welfare had previously opened an investigation into the boy’s malnutrition.

She could have received 25 years in prison.

The offender database lists her as living in Milwaukee.

The defendant had a previous misdemeanor drug conviction.