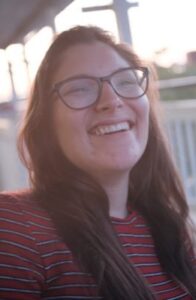 We call on extreme left-wing judges Janet Protasiewicz and Everett Mitchell to condemn the state Democratic Party’s bullying of Amber Schroeder in their name.

The Democratic Party is apparently so desperate to harm Jennifer Dorow unfairly in the lead-up to the state Supreme Court primary, that they are unfairly bullying a hard-working mom to do it.

You’d think the Democrats would applaud the Dorow campaign for advancing women’s rights. After all, it’s a campaign by a woman run by a woman…but no.

The Democrats are desperate to falsely paint Dorow as an extremist “MAGA” Republican when all of the evidence shows Dorow is simply a hard-working judge who follows the law, rather than making it up from the bench, which she has repeatedly stated is the Legislature’s role.

Lacking any evidence to fit their flawed narrative, the state Democratic Party, in a press release by spokeswoman Hannah Menchhoff, did something very unusual: They went after the woman running Dorow’s campaign, Amber Schroeder, falsely claiming she is a divisive extremist, so that means Dorow must be.

Maybe the Democratic Party is just desperate to deflect attention from liberal candidate Janet Protasiewicz’s decision to sentence a man who abducted a teen girl off the street and raped her to time served. He’s already reoffended.

Of course the Democratic Party’s childish press release trashing Schroeder offered no example of anything Schroeder herself has said or done to justify their false labels of extremist and divisive.

So what was Schroeder’s offense? Running in a recall election in the Mequon-Thiensville School District because she cares about her kids’ education. In that, she joined many parents throughout the state – conservative, moderate and even liberal – who were upset by how they felt school districts weren’t meeting the needs of kids during the pandemic.

If a recall makes one inherently divisive and unfit to serve, then what say the Dems about the recall against Scott Walker?

Why is it bullying? Because the press release name calls Schroeder, it targets and singles her out to go at the candidate in an attempt to imperil her job, and it does so falsely. None of the labels – extreme, divisive, etc. – fit Schroeder. She is just a mom who cared about the education of her kids and other kids enough to get involved.

Look, we don’t think women are off limits from criticism. But this criticism was so juvenile, so misdirected, and so lacking evidence as to be fair game for criticism itself.

The Democratic Party’s press release trashing Schroeder also bullied, although not by name, another “education mom,” Scarlett Johnson. The Dems mischaracterized statements by Johnson and attached them to Schroeder to attach them somehow to Dorow because Dorow hired Schroeder. Got that?

We think they didn’t name Johnson because they tried to falsely paint her as pro-white supremacy when actually she is a Latina mom who is obviously anything but.

We think Schroeder and Johnson – and other “education moms” – are breaths of fresh air in politics. New voices – including from the education movement – should be welcomed by all sides into the political arena. Bullying should be condemned. The Democratic Party and its candidates should focus on the issues, and leave personal attacks out of it.

But we know they won’t.