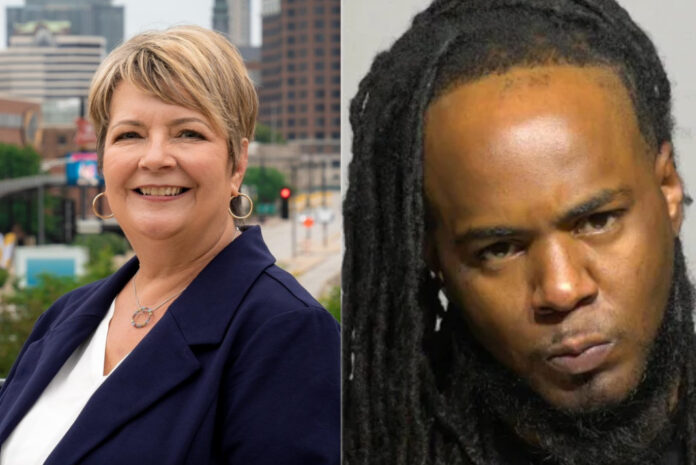 Supreme Court Candidate Janet Protasiewicz sentenced a felon who was accused of randomly abducting a 15-year-old Milwaukee girl and raping her in a hotel room to NO prison time at all.

Protasiewicz, a liberal judge in Milwaukee County, could have given Anton R. Veasley, 34, up to 35 years in prison. Instead, she gave Veasley, a convicted firearm offender, time served in June 2021 and released him back into the community. He has already messed up and ended up back in jail on a weapons offense, Corrections and jail records show. That’s not surprising; his criminal history shows he’s violated extended supervision repeatedly before.

According to court records, Anton R. Veasley is currently listed as a non-compliant sex offender and is sitting in the Washington County Jail, where he landed in July.

Veasley was charged in Washington County court last August for felon in possession of a firearm. That case is set for jury trial in January, court records show.

Veasley was charged in May 2020. In January 2021, there is a notation in the court records that says: “State still awaiting crime lab results.” The crime lab is run by Democratic AG Josh Kaul.

Janet Protasiewicz sentenced Veasley to 417 days in the House of Correction but gave him time served on the sexual assault charge, a five-year STAYED prison sentence, and five years STAYED extended supervision for the child enticement conviction. He was given four years probation.

According to the criminal complaint, the girl was walking alone in the area of Silver Spring Drive on May 14 in Milwaukee when Veasley pulled up next to her in a pickup truck and started yelling. She tried to ignore him, but he left the truck, grabbed her wrist, and forced her inside the vehicle. He took the girl to the American Inn Motel, where he spoke to her about becoming a prostitute, gave her condoms and sexually assaulted her.

At one point, Veasley left the victim alone in the hotel room, so she left and alerted police, the complaint said. Police obtained his license plate from surveillance cameras.

Veasley has prior convictions including 2nd-degree reckless endangering safety, felon in possession of a firearm, and fleeing police.

Janet Protasiewicz is a Milwaukee County Circuit Judge who is seeking the seat currently held by Justice Patience Roggensack, who is not seeking re-election in 2023.