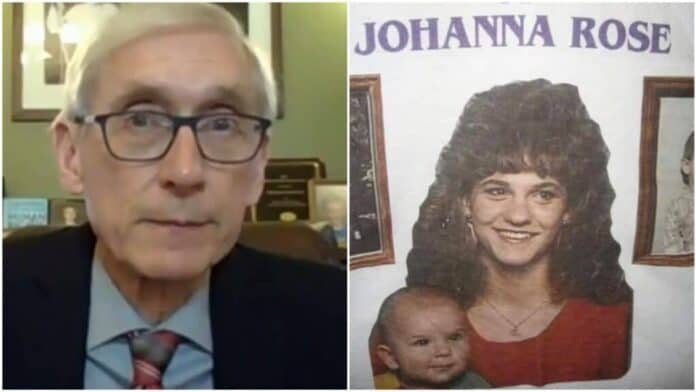 John Tate, Gov. Tony Evers’ controversial appointee to the Wisconsin Parole Commission who wanted to release a convicted wife killer into the community, has resigned.

The resignation comes after weeks of pressure on Tate and Evers.

Three Republican candidates for governor – Rebecca Kleefisch, Kevin Nicholson and Tim Michels – called for Tate’s firing last month. The family of murder victim Johanna Balsewicz also called on Evers or Republicans in the state Senate to fire Tate (both had the authority to do so). Both the governor and Republican leaders balked at doing so for weeks, but the family (with Wisconsin Right Now chronicling their efforts) traveled to Madison to continue applying pressure. On May 16, Wisconsin Right Now called for Tate to be fired.

State Sen. Roger Roth (R-Appleton) put forth several petitions trying in vain to get Republican leaders to call an extraordinary session to fire Tate. Wisconsin Right Now kept a running tally of the legislators who were not supporting the petition.

Today I took the step of initiating a special petition to force a vote in the legislature on the confirmation of Gov. Evers’ parole board commissioner John Tate. With majority support from the senate and assembly for the petition, we will vote to remove him from his position. pic.twitter.com/8CanS3BH5l

The victim’s family was elated at the news of Tate’s resignation but vowed to push forward to get legislation to help other families.

Family members of Johanna confirmed to Wisconsin Right Now that Tate had resigned on Friday, June 10, 2022. Multiple media outlets are reporting that Tate resigned after Evers requested his resignation.

“The best thing he has done in the last 5 months is resign! We will continue until our journey is complete and that won’t be until legislation is changed regarding this,” Theresa Cook, the victim’s niece, said.

“We are elated to receive the news that John Tate has resigned from his position. We were not going to stop until something was done. He has dodged every call, e-mail, message and public cry for help. This is not a person we should have in charge of releasing offenders. Our mission isn’t over although we are proud of where we are headed. Our next step is to change the Legislation so no other families have to go through this,” Amanda Simmons, the victim’s other niece, said.

Tate’s resignation letter said, in part, “The Parole-eligible population under my tenure has largely consisted of people who had done terrible, harmful things. My purpose as Parole Chair was not to inflict more punishment or be the agent of vengeance, but to assess and determine if these men and women had indeed become more than the harm they committed.”

Tate’s resignation comes just three days after Wisconsin Right Now asked the Wisconsin Parole Commission for information on two past paroles Tate granted for men – Kenneth Jordan and Lavelle Chambers – convicted in connection with the murders of Milwaukee police officers. We also asked for information about an upcoming parole hearing for another man, Battites Wesley, who was convicted in one of those police officer deaths. WRN also has a pending open records request for every parole that Tate has granted.

On January 16, 1975, Kenneth Jordan was found guilty by a jury of first-degree murder, party to a crime, and was sentenced to life imprisonment. He and other men opened fire during an attempted robbery of the Bungalow Tap tavern in Milwaukee. Ronald Reagan, an off duty Milwaukee police officer, who had announced that he was an officer, was shot and killed. Wesley was also one of the men who opened fire.

In 1990, Chambers was charged with one count of felony murder as a party to the crime and one count of being a felon in possession of a firearm, both as a habitual criminal. While Chambers was hiding under the porch as police pursued him and another man in a robbery, Chambers’ accomplice engaged the pursuing police officer in gunfire. A bullet shot by the accomplice struck and killed Milwaukee police Sergeant Michael Tourmo.

The Milwaukee Journal Sentinel reported of Tate: “He said he’s granted about 400 paroles, many to others convicted of homicides, because they met the criteria under the law.”

Last month, Tate rescinded his grant of early release to convicted wife killer Douglas Balsewicz only after pressure from the family, belatedly Evers, and all three major Republican candidates for governor. On June 1, Kevin Nicholson wrote a letter to Tate, on behalf of another murder victim’s family, Joseph Vite. Nicholson strongly urged him to deny parole for Daniel Dower.

The family of Johanna initially could not get an audience with Evers but journeyed to the governor’s office to demand a meeting. Evers then met with the family and, after that meeting, he requested that Tate revoke the parole, which Tate then did.

Tate is a Racine alderman who has made his views on crime well-known. He is involved in a group that advocates the repeal of tough-on-crime measures, like truth-in-sentencing, for example.

State Sen. Majority Leader Devin LeMathieu (R-Oostburg) had refused to call the extraordinary session to fire Tate, saying that he believed it would help Republicans more politically not to do so.

“Parole Commission Chairman John Tate deserved to be fired long ago. His replacement needs to prioritize Wisconsin victims and families’ safety — not Tony Evers’ long-standing goals of letting criminals free,” tweeted Kleefisch. She had emphasized that Tate had not been confirmed by the state Senate, even though he was first appointed in 2019 and again in 2021.

“John Tate has resigned from his position. @GovEvers requested his resignation, according to his office. Tate’s job was in question after he granted parole to a man who was convicted of murdering his wife in front of their children,” wrote Emilee Fannon, a journalist with CBS-58.