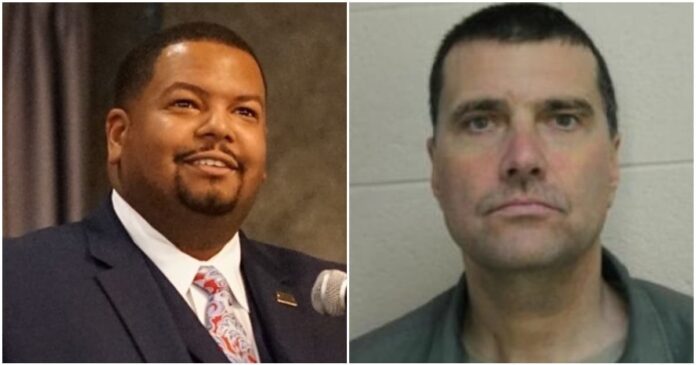 John Tate, Gov. Tony Evers’ controversial appointee to the Wisconsin Parole Commission who one wanted to release a convicted wife killer into the community, has resigned.

Three Republican candidates for governor – Rebecca Kleefisch, Kevin Nicholson and Tim Michels – called for Tate’s firing last month. The family of murder victim Johanna Balsewicz had called on Evers or Republicans in the state Senate to fire Tate (both had the authority to do so). Both had also balked at doing so for weeks.

Tate’s resignation comes just a day after Wisconsin Right Now asked the Wisconsin Parole Commission for information on two past paroles Tate granted for men convicted in the murders of Milwaukee police officers as well as for information about an upcoming parole hearing for another man convicted in one of those deaths. WRN also has a pending open records request for every parole that Tate has granted.

Last month, Tate rescinded his grant of early release to convicted wife killer Douglas Balsewicz only after pressure from the family, belatedly Evers, and all three major Republican candidates for governor. The family initially could not get an audience with Evers but journeyed to the governor’s office to demand a meeting. Evers then met with the family and, after that meeting, he requested that Tate revoke the parole, which Tate than did.

Tate is a Racine alderman who has made his views on crime well known. He is involved in a group that advocates the repeal of tough-on-crime measures, like truth-in-sentencing, for example.

The family and Republican candidates for governor wanted the state Senate to call an extraordinary session to fire Tate because the governor had initially balked at firing Tate. State Sen. Majority Leader Devin LeMathieu (R-Oostburg) had refused to call that session, saying that he believed it would help Republicans more politically not to do so.

“Parole Commission Chairman John Tate deserved to be fired long ago. His replacement needs to prioritize Wisconsin victims and families’ safety — not Tony Evers’ long-standing goals of letting criminals free,” tweeted Kleefisch. She had emphasized that Tate had not been confirmed by the state Senate, even though he was first appointed in 2019 and again in 2021.

“JUST IN: Parole commissioner John Tate has resigned from his position. @GovEvers requested his resignation, according to his office. Tate’s job was in question after he granted parole to a man who was convicted of murdering his wife in front of their children,” wrote Emilee Fannon, a journalist with CBS58.