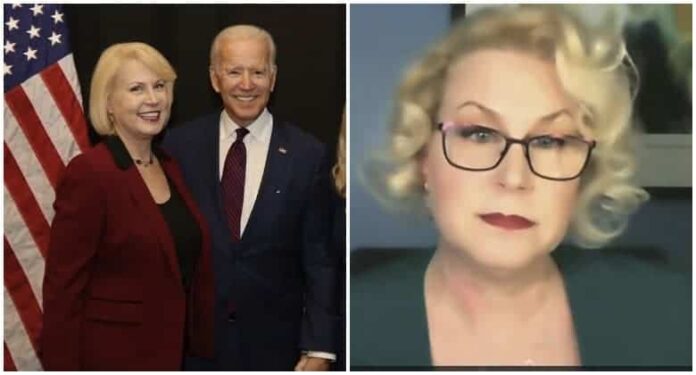 Extreme left-wing candidate for Wisconsin Supreme Court, Janet Protasiewicz, is funded by the two most aggressive liberal members of the embattled Wisconsin Election Commission, as well as many other Milwaukee area trial lawyers and criminal defense attorneys.

She filed only one campaign finance report so far, in July. It shows that Ann Jacobs and Mark Thomsen, the major Joe Biden donors whose behavior during the 2022 election led the Racine County Sheriff to make criminal referrals against them, have donated to the Protasiewicz campaign. The report is full of left-wing donors and shows the defense bar thinks it has a friend in Janet Protasiewicz.

We have recently reported on some of her problematic sentencings. Protasiewicz sentenced both the rapist/abductor of a Milwaukee teen and a mother who starved her son to death to time served and no prison, meaning the defendants walked out of the hearings and into the community.

She had raised $168,000 at the time of the campaign finance report in July.

Racine County Sheriff Christopher Schmaling referred felony criminal charges against Jacobs, Thomsen and some other election commissioners alleging they acted above the law in their handling of special voting deputy guidance during the 2020 presidential election. They denied wrongdoing, and no DA has agreed to prosecute so far.

There are many other trial attorneys in the campaign finance report including: David Gruber, Martin Kohler, Tony Cotton, Michael Chernin, Matt Flynn, John Birdsall, and more.

Chernin represented Milwaukee Ald. Chantia Lewis in a theft case. Cotton represented wife killer Douglas Balsewicz when Balsewicz appealed the reversal of his parole. Kohler is a well-known Milwaukee criminal defense attorney. Flynn handled sex abuse settlements for the Milwaukee Archdiocese and once ran for governor as a Democrat.

Protasiewicz, a Milwaukee County judge, has a history of left-wing radicalism but is now trying to repackage herself as “non-partisan.” She faces conservative Judge Jennifer Dorow and conservative former Justice Dan Kelly and left-wing Dane County Judge Everett Mitchell in the February primary for Supreme Court.

The race is for control of the court. Protasiewicz previously protested against Republican Gov. Scott Walker’s reforms and signed the recall petition against him. She has been backed by prominent Democratic politicians and Labor Unions in the past.