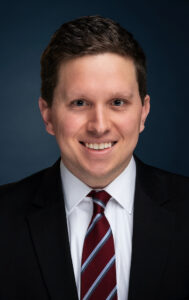 The next legal fight over whether someone has to belong to a group as a condition to do their job may be coming to a courtroom soon.

The Wisconsin Institute for Law and Liberty on Monday asked the United State Supreme Court to take once again a look at mandatory bar membership in the state.

“For far too long, this Court’s precedents have allowed States to put attorneys to the choice of either losing their ability to earn a living in their profession or associating with and funding opinions with which they disagree,” WILL argued in its amicus brief.

WILL is calling the challenge a First Amendment case.

“Forcing objecting attorneys to join and fund an organization that engages in speech with which they disagree is contrary to fundamental values of free speech and free association,” WILL Deputy Counsel Anthony LoCoco, said. “If the State Bar wants members, it should have to earn their support.”

Wisconsin’s State Bar was voluntary for much of its history.

WILL notes it doesn’t regulate, discipline, or monitor the competency or character of attorneys – those roles belong to the Board of Bar Examiners and the Office of Lawyer Regulation.

“The State Bar is akin to a trade association. That role may be unobjectionable but association with the Bar should be voluntary,” WILL added.

WILL challenged Wisconsin’s bar membership in 2019 after the U.S. Supreme Court reaffirmed the Janus ruling that stopped unions from forcing workers to join in order to keep their jobs.

The high court passed on the case then, though Justices Clarence Thomas and Neil Gorsuch dissented.

The petitioner in the latest lawsuit is Schuyler File, who is represented in part by lawyers at Liberty Justice Center.

File argues that forcing Wisconsin lawyers to choose between practicing their profession or joining and funding an organization with which they disagree violates First Amendment guarantees of free speech and association.