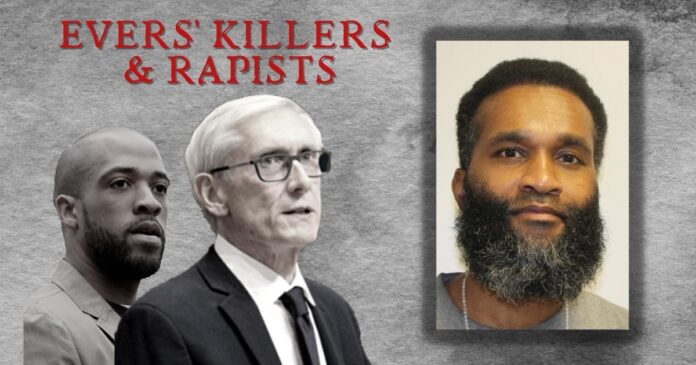 Mariontai Stacy was one of them. His release was discretionary.

Marontai Stacy committed two horrific crimes in Racine: homicide and rape. Yet Tony Evers’ appointee on the Parole Commission decided to let him out of prison early.

According to an old article in the Racine Journal-Times, he shot and killed Ronald Thompson, 20. Stacy was with a group of men who beat and confronted Thompson.

Horrifically, the victim ran away but Stacy and another man chased him down. The bullet wound struck his back, twice.

In the rape case, Mount Pleasant police said Stacy and three other men took two teenage girls to a hotel where Stacy and another man raped a 14-year-old girl and held the other teen “against her will.”

“These were reckless, wanton, premeditated acts in our community,” the judge said.

Stacy did not have a positive record behind bars.

In fact, he was charged with attacking guards at the Green Bay Correctional Institute. The guards’ wounded ranged from bruised ribs to a cut that needed stitches.

Date paroled:   [You can look up Mariontai Stacy’s  parole here. Put his name in the database and click “movement.”]

Convicted: First-degree reckless homicide while armed, 1st-degree sexual assault. He had not yet reached his mandatory release date when freed, according to the Wisconsin Department of Corrections. The release was discretionary.

Sentence:  45 years. He is a Registered Sex offender

The Victims: Ronald Thompson, 20, and a 14-year-old rape victim

The judge revealed in court that Stacy had witnessed the stabbing death of his mother when he was 5 years old but it didn’t change the sentence. The judge was an assistant DA at the time.

Stacy was 19 when he was sentenced in the homicide and rape cases in 1994.

“It was galling to me that you, as her son, would commit an act that was just as violent,” the judge told Stacy.

Thompson’s sister, Lola Oakes, said: “You murdered my brother like he was a dog in the street. The same mercy that you showed my brother, I hope the court shows you.”