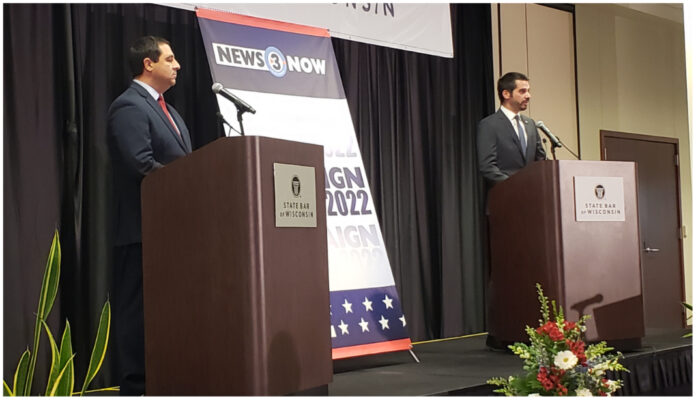 We counted at least 7.

Kaul squared off against his Republican challenger, Fond du Lac County District Attorney Eric Toney. Kaul seemed his most animated when he brought up abortion. He distorted Toney’s record on some key issues. However, on questions of public safety – with homicide skyrocketing – Kaul flubbed badly.

Here are the 7 ways Kaul botched the Wisconsin Attorney General’s debate, which was held at the State Bar of Wisconsin:

1. Walking Coldly Away When Asked About the Mother of Child Murder Victim Lisa Ann French & Accusing the Grieving Mom of Playing Politics

Kaul’s biggest flub came in the parking lot on his way into the debate.

A key requirement of any attorney general is to have empathy for victims. However, when asked to respond to comments by Lisa Ann French’s mother that he has failed her and other victims, Kaul coldly walked away. Rather than turning and addressing the questions head-on, and showing some empathy for the mother, he remained silent. Thus, he simply ended up reinforcing Maryann Gehring’s concerns – and dismissing them, again.

Reminder: Gehring’s daughter, Lisa Ann French, was 9 years old when she was raped and murdered while trick or treating in Fond du Lac on Halloween by Gerald Turner, known as the “Halloween Killer.” Kaul’s office is involved in trying to keep him committed, a process started by Republican AG Brad Schimel with help from Toney. Gehring has publicly accused Kaul of failing her and failing victims in a campaign ad for Toney. She has had very positive things to say about Toney.

Kaul compounded matters when moderators asked him about Toney’s ad featuring Gehring during the debate (see the Gehring ad here). Rather than responding to the grieving mother’s concerns, he outright wrote off her feelings, saying it was all political.

Although it’s true she appeared in an ad, there’s a reason she agreed to do it, and those underlying concerns Kaul blithely dismissed. Bad form. Very bad form.

Again, he ended up proving Gehring’s point. On top of it, he misstated the law that is keeping Turner confined, inaccurately saying Turner is “behind bars,” when actually he’s being held on a civil commitment. If Kaul can’t even get the law right on such a big case and on such a big law (Chapter 980), what does that say? It’s a BIG difference.

2. Staying Silent on the Paroles of Heinous Killers & Rapists 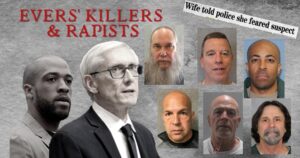 Asked about Tony Evers’ appointee’s ongoing paroles of heinous killers and rapists, some of whom have already re-offended and some of whom were released this month, Josh Kaul said nothing.

The criticism of him on the topic is that, as the state’s top cop, he should use his bully pulpit but has instead stayed silent.

He responded to the criticism by….staying silent.

3. Refusing to Answer Yes or No to the question of Whether There is a Backlog of Child Sex Predator Tips

It was a simple question. Yes or no – is there a backlog of child sex predator tips in Kaul’s office?

Kaul refused to answer yes or so. Over and over again, he refuses to say whether there is a backlog. Not acceptable. These are serious matters. 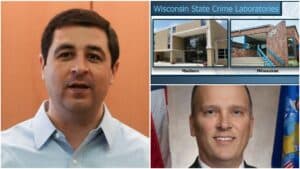 Toney repeatedly hammered Kaul on crime lab delays. Kaul’s own numbers show he is taking in far fewer cases and taking longer to process them in key areas.

Kaul tried to say the number of cases awaiting processing is down, as if that’s a good thing, but that’s only because his crime lab is taking in far fewer cases – and taking longer to complete them.

He tried to say DNA testing has become more complex, but there are delays in other key areas too, and it’s his job to figure it out.

He tried to blame a lack of resources but Toney pointed out that he has more or the same resources as AG Brad Schimel, but is taking longer with fewer cases.

This was his central campaign promise the first time he ran. He didn’t have a good answer.

5. The Continued Refusal to Take Responsibility in the Darrell Brooks Case 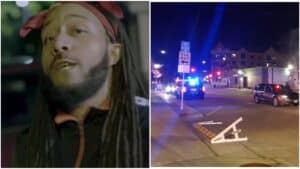 Darrell Brooks came up in the context of Milwaukee DA John Chisholm, and Kaul waxed on about the topic, without taking any responsibility for the mistakes his own office made that arguably allowed Brooks to remain on the streets before the Waukesha parade attack.

How about saying, the buck stops with me?

Forget the battle over numbers when it comes to vacancies in Kaul’s Division of Criminal Investigation; Kaul literally admitted that they exist.

Toney cites numbers that Kaul’s own administrator gave a few months ago, and he says Kaul’s numbers leave out supervisors and the like. Kaul tries to muddy the number water.

But he admitted during the debate that he has allowed positions to remain unfilled; he just disputes the percentage. Unacceptable at a time of rising public safety concerns. DCI is essentially the key law enforcement mission of DOJ.

7. Failed Attempts to Dishonestly Paint Toney as a ‘Radical’

He tried to paint Toney as a radical, but this was undercut by the fact that Toney has bipartisan law enforcement support (a fact he mentioned over and over again) and was criticized by some factions within his own party during the primary (a point he also made).

Kaul tried to dishonestly tie Toney to Michael Gableman because Toney spoke at an event Gableman spoke at once, but Toney didn’t organize the event, and he wasn’t even there at the same time as Gableman.