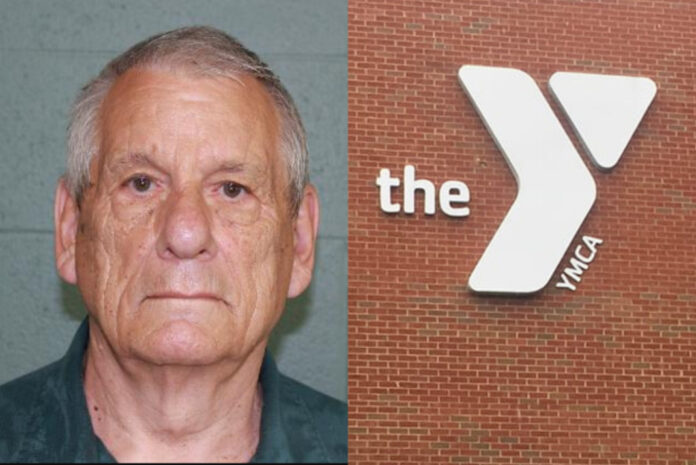 A murder victim’s sister expressed shock when Wisconsin Right Now told her that her loved one’s killer was paroled on Oct. 4, 2022. She DIDN’T KNOW. Even AFTER the Evers’ administration was put on notice that multiple victims’ families were not notified of paroles, and despite the law requiring a reasonable effort to notify victims, IT HAPPENED AGAIN.

The Wisconsin Parole Commission, run by a new appointee of Democratic Gov. Tony Evers, freed a double murderer and an attempted cop killer in October 2022, without at least one victim’s family being notified, even as the debate over Evers’ previous appointee’s paroles of killers and rapists rages in the Wisconsin governor’s race.

Editor Note: We will profile the October 10, 2022 parole tomorrow of the man convicted of trying to kill three Wisconsin sheriff’s deputies.

On Oct. 4, 2022, Eric Vogliotti, a double murderer who shot two men to death in a Green Bay YMCA in a very high-profile case, walked out a prison door on parole. Before the double homicide, Vogliotti was convicted of firing a pistol “into the floor of a Juneau courtroom,” according to a 1987 article in the Green Bay Press-Gazette.

At the time of the trial, the prosecutor, Larry Lasee, said of Vogliotti, “What Mr. Vogliotti is is an executioner. He found them guilty of ‘bugging me.’ And for their crime, he sentenced them to death and he executed them.”

In the gubernatorial debate on Oct. 14, 2022, Evers was asked about paroles and responded by noting that he had asked his two-time appointee, former parole chair John Tate, to resign last June. He also claimed victim notification problems were limited to one case last May.

Horrifically, the sister of Thomas Mason, one of Vogliotti’s murder victims, learned about the parole from Wisconsin Right Now. We called to ask her for comment on October 25, 2022, and she expressed shock.

She told us she was not aware the killer was paroled. We have been reporting for more than a month that multiple victims’ families were not notified of past paroles, so Evers and other officials were well on notice that this is a problem.

“I was not aware he was paroled,” said Linda LaPrise, of Marinette, about the release of Vogliotti. LaPrise was told about the parole hearing, and objected by letter, but had no idea parole was granted over the family’s objection, she said.

State law says the state must make a reasonable attempt to notify victim’s families before an inmate is released on parole. State law says, “The department shall make a reasonable attempt to send the notice, postmarked at least 7 days before a prisoner is released on parole…” This was an issue in the Douglas Balsewicz case that led to Evers’ appointee John Tate’s resignation last spring.

“I’m going to dig into this tomorrow and make calls,” LaPrise said. “He got two life sentences. There should have been no parole.” She said she received letters for years each time parole was denied but wasn’t told that it was granted this time.

Elizabeth Lucas, head of the Department of Corrections’ Office of Victim Services, confirmed in a court transcript that victims “are entitled to notice of parole decisions, if they are enrolled.”

LaPrise says she was enrolled. Lucas’s office notifies victims of denials and parole hearings, but she said the Parole Commission is supposed to notify victims when parole is granted.

These were discretionary paroles. The fact that a double killer and an attempted cop killer were strolling out of prison doors even as Republican Tim Michels was hammering him on parole may help explain why Evers has been almost silent on the topic, not even condemning the most brutal cases.

Through a source, we learned about the October releases. We then confirmed the tip by running the killers’ names in the state Department of Corrections database. The Parole Commission is now run by Evers’ new appointee, Christopher Blythe, a Madison lawyer who banned public comment from his first meeting last September and who blamed victims for problems with notifications.

Blythe has been Parole Commission chair since August 22, 2022, he said in the September meeting. He came out of retirement at the request of the governor to chair the parole board. Although the governor doesn’t sign of on paroles, he has great power to shape the direction of the commission via the appointment power.

We asked the Wisconsin Parole Commission for the exact dates of the parole grants and whether Blythe signed off on them as chair. We haven’t heard back yet. The Parole Commission chairman has final authority on paroles and signs off on them. The DOC database lists parole dates for the criminals that represent the dates they were freed, not the date of the grant, which are usually earlier than the DOC date. Parole grants are generally made about 30-60 days before the inmate is freed, however.

We previously sued the Wisconsin Parole Commission for 2022 names, but that request only ran through the date we made it, May 2022. Thus, the public has been flying completely blind when it comes to anyone freed after May 2022. There is no easy way for the public to learn who is being released without a name.

Vogliotti was paroled on Oct. 4, 2022. His address is listed as unknown. He was serving two life sentences. Killers serving life prison terms do not qualify for mandatory release.

In 1987, Vogliotti’s crime was a top news story in Green Bay. According to old news stories from the time:

Vogliotti was 44 at the time of the crime, the son of a journalist. He was convicted of the first-degree murders of Thomas Mason, 22, and Charles Conrad, 25.

He used a .25 caliber automatic to kill Conrad and Mason. All three were living at the YMCA.

He told police that, when he tried to leave the TV lounge, one of the victims “put his legs across the door to stop me and I moved them and he put them back and then I shot him. Then the other guy got up and I shot him too.”

Conrad died of a chest injury, and Mason died of a bullet wound to the abdomen.

“He’s going to get what he deserves,” Mason’s sister, Linda, told the Green Bay Press-Gazette in 1988 when Vogliotti was convicted.

The prosecutor added, “The verdict shows that “this community does not tolerate this kind of conduct. Today Vogliotti is 81.