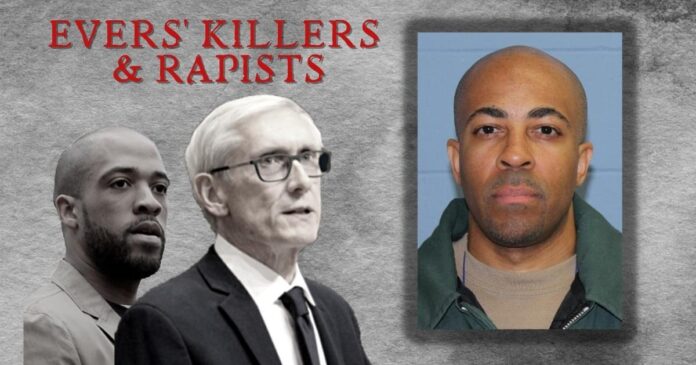 Shannon Bailey was one of them. His release was discretionary.

In a case somewhat reminiscent of the Darrell Brooks’ Christmas parade attack, another killer freed in 2022, Shannon Bailey, roared down the sidewalk and drove his car into a crowd of 200 people outside a Milwaukee pool hall at 50 miles per hour in 1999, injuring 30 people.

The headline on the Associated Press story says, “man gets 8 years for driving car into crowd.” The pool hall was located in downtown Milwaukee.

Shannon D. Bailey was 24 at the time.

He decided to “settle a dispute by roaring down the sidewalk.”

Lemon died after developing a blood clot from the incident.

Bailey was “involved in a fight with three or four men outside the pool hall before the inicndet, which occurred at Lenny’s Wisconsin Billiards. 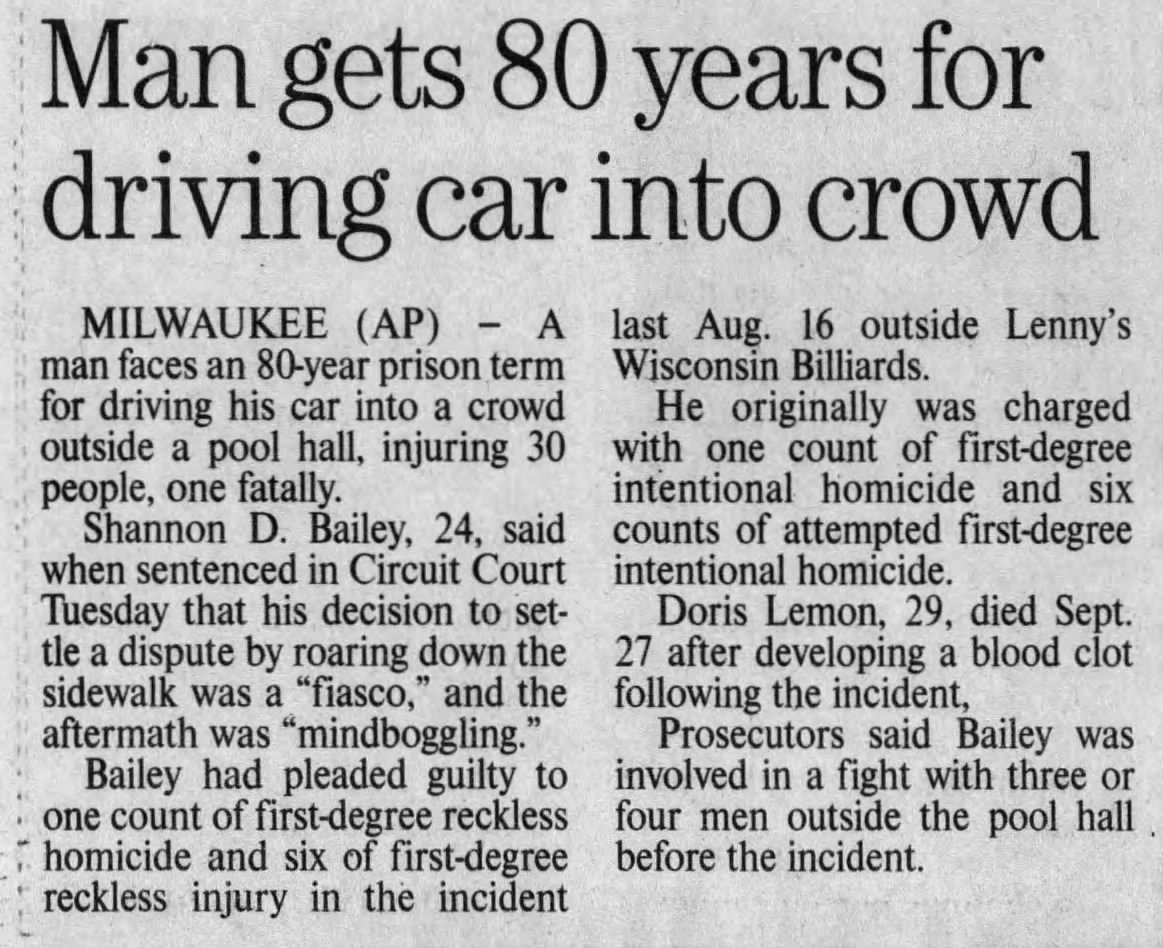