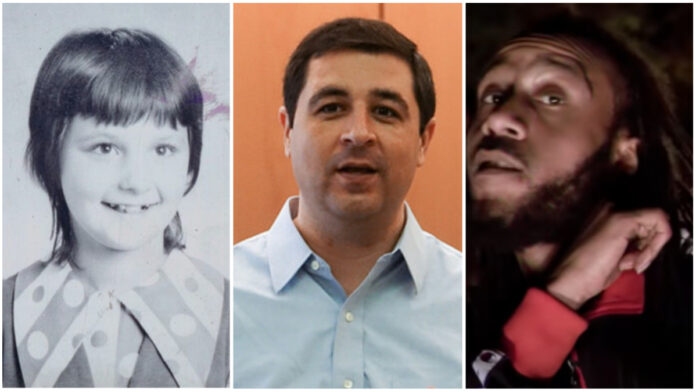 Did you know that Josh Kaul’s office has botched cases relating to Gerald Turner and Darrell Brooks? Of course not. The Wisconsin media have censored the stories.

The media aren’t even hiding it anymore. Their bias in the statewide Wisconsin races is egregious. It’s true in the governor’s race, but it’s also true in the state Attorney General’s race, where the media are bending over backwards to protect Democratic AG Josh Kaul.

They are doing this by CENSORING three major stories that hurt Kaul and help his opponent, Fond du Lac County District Attorney Eric Toney. Two relate to two of the most notorious murderers in state history. Instead, they are scrounging around for every comment Toney makes referring to abortion.

Here are the 3 stories the media are keeping from voters. These are all stories with major news value. There’s zero question about that. It’s not even a debate. You can’t argue that they aren’t newsworthy. Wisconsin’s biased media just won’t tell people about them:

There is arguably no bigger crime story in Wisconsin history (outside Dahmer) than Gerald Turner. The “Halloween Killer” murdered and raped a little 9 year old Fond du Lac girl named Lisa Ann French when she was trick-or-treating.

This case had major consequences. The Chapter 980 law was developed. Called “Turner’s Law,” it allowed the government to commit sexual predators after they serve their time. Turner remains committed to this day, although he was briefly released years ago. The slaying of the little girl dressed as a hobo also changed how parents handle trick or treating in Wisconsin and throughout the country.

So it should be a really, really big deal that Lisa Ann French’s mother, Maryann Gehring is blasting Josh Kaul for failing her. Kaul’s office is handling Turner’s current commitment proceedings.

“This time of year is very hard for me and my family because of Lisa’s murder,” Gehring said. “It’s difficult to see Josh Kaul lying about his record on crime. When you have a child that is brutally murdered, you simply want answers and justice. Josh Kaul failed me, and he’s failed Wisconsin.”

Gehring is featured in an ad for Toney. She continued: “Josh Kaul, he was not there for me at all. You want some help to find out what is going on, and he doesn’t help. He doesn’t care about the victims. I know Eric Toney does. Eric Toney kept that man who murdered my daughter from being released. Eric Toney has always been there for me and that’s the kind of attorney general we need.”

Yet if you Google “Lisa Ann French Kaul” you get only our story. The media are censoring this story. Read the details here.

Did you know that Josh Kaul’s office handled one of Waukesha parade attacker Darrell Brooks’ pending felony cases in Milwaukee County before he committed the parade attack? Probably not because the Wisconsin media have censored this information.

They have fixated solely on Milwaukee County DA John Chisholm, whose assistant prosecutor botched the bail recommendation in the later of Brooks’ TWO pending Milwaukee felonies. But the first pending case was handled by Jacob Corr, an assistant attorney general who works for Kaul.

Kaul’s gave a judge incomplete information about Brooks’ criminal history during two bail hearings, did not file bail jumping charges when Brooks was arrested TWICE on new charges, and did not ask for Brooks’ $500 bail to be raised after those new offenses occurred, before Brooks murdered people at the parade, records reviewed by Wisconsin Right Now show.

If he had, Brooks may have been given higher bail and not left on the streets to commit the parade attack.

How egregious is the media bias? Dan Bice and Patrick Marley even wrote a story trashing Toney for an assistant’s handling of a different case and wrote: “The dispute comes as Milwaukee County District Attorney John Chisholm continues to face criticism for his office’s handling of a case involving Darrell Brooks Jr.” Bice and Marley then fail to mention that it was KAUL’s assistant who presided over two bail hearings in one of Brooks’ pending felony cases before the parade attack! The Journal Sentinel even let Kaul wax on about Chisholm and Brooks’ bail, saying, “John Chisholm immediately came out and said that the bail on that case was inappropriately low,” but they didn’t ask Kaul about his own refusal to take any responsibility in the Brooks’ case.

Kaul is taking no responsibility because the media are hiding the story.

The Milwaukee Journal Sentinel recently ran a supposedly exhaustive account, titled, “How police, prosecutors and courts across three states failed to hold Darrell Brooks accountable.” The March 17, 2022, story by Ashley Luthern also COMPLETELY FAILS TO MENTION Kaul or Corr, even though it discusses the felony case Corr handled, for a Milwaukee shooting. Instead, the story mentions Chisholm.

There are a couple stories that mention Corr was prosecuting the case when Brooks was in court for it, but they don’t explain who he works for.  You can read our story on Kaul’s office and the Darrell Brooks trial here.

Everyone would agree that Internet crimes against children are a big deal, right? DA Toney says he’s been told that Kaul’s office has a backlog in this area that may exceed 1,000.

Kaul refused to respond – neither denying nor confirming it – when Toney challenged him on this point during a debate.

Seems like a big story. The media could pressure Kaul to provide the specific backlog numbers. Instead, Toney has had to resort to filing an open records request because the media SIMPLY REFUSE TO DO THEIR JOBS.

The backlog is in referrals. The referrals often come from the National Center for Missing and Exploited Children. Normally, they would be assigned to a Department of Justice Division of Criminal Investigation employee or local police agencies for further investigation. Under Kaul, they are just sitting there, Toney said.

ICAC referrals include child predators who:
– Child predators who possess child pornography,
– Obtain nude photos from children over the internet, or
– Coerce children to meet them for the commission of heinous and deviant sexual crimes.

Read our story on this topic here.

It goes without saying that each of these stories would be very big news if they were about Eric Toney and Josh Kaul.

There’s still time, media. It’s mid October. Please tell the public about these stories. If you don’t, please admit that you have no objectivity at all.