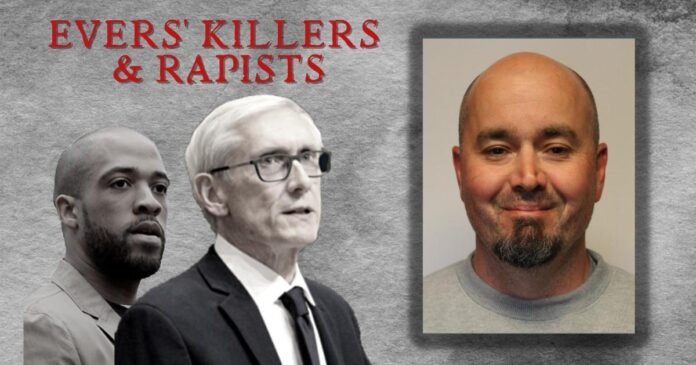 Douglas Stream was one of them. His release was discretionary.

Douglas Stream murdered a local foster father whose foster son wanted him dead, according the initial statement to police by Stream and his co-actor. According to court records, Stream and the friend told police in their first statements that Stream was the triggerman. He wanted on the stairs to the basement to shoot Theodore Agnello when he returned home, they said.

Stream shot the victim in the chest and then stood over him and shot him again, killing the man, they said.

According to court records, Theodore Agnello was shot to death on Feb. 18, 1996 as he entered the back door of his home.

Someone ran out the back door and down the street with a shotgun. A short time later, his foster son, Lucian Agnello, “came running out of the front of the house and asked the neighbors if they had seen anything.”

When police interrogated Lucian about the shooting, he confessed that he wanted to kill Theodore and Stream agreed to help. Lucian purchased the shotgun.

The night of the murder, the two went to the home to wait for Theodore to get home from work. Theodore drove into the driveway. Stream “stood on the stairs leading to the basement, and Stream shot Theodore twice as he entered the house.”

Douglas Stream then ran to his car and went home.

“Stream parked his car a few blocks away from the house and rode with Lucian to the house.  Lucian gave Stream the shotgun when they were in the house. Stream said that when Theodore arrived, Lucian went to the basement and Stream waited on the stairs to shoot Theodore as he entered. Stream said that he shot Theodore in the chest as Theodore entered the back door and that he shot Theodore again as he stood over Theodore before running out the door. Stream then ran to his car, drove home, and hid the shotgun in his attic as planned.”

According to the Milwaukee Journal Sentinel, a divided state Supreme Court overturned Lucian’s conviction because he alleged his confession was coerced by police. 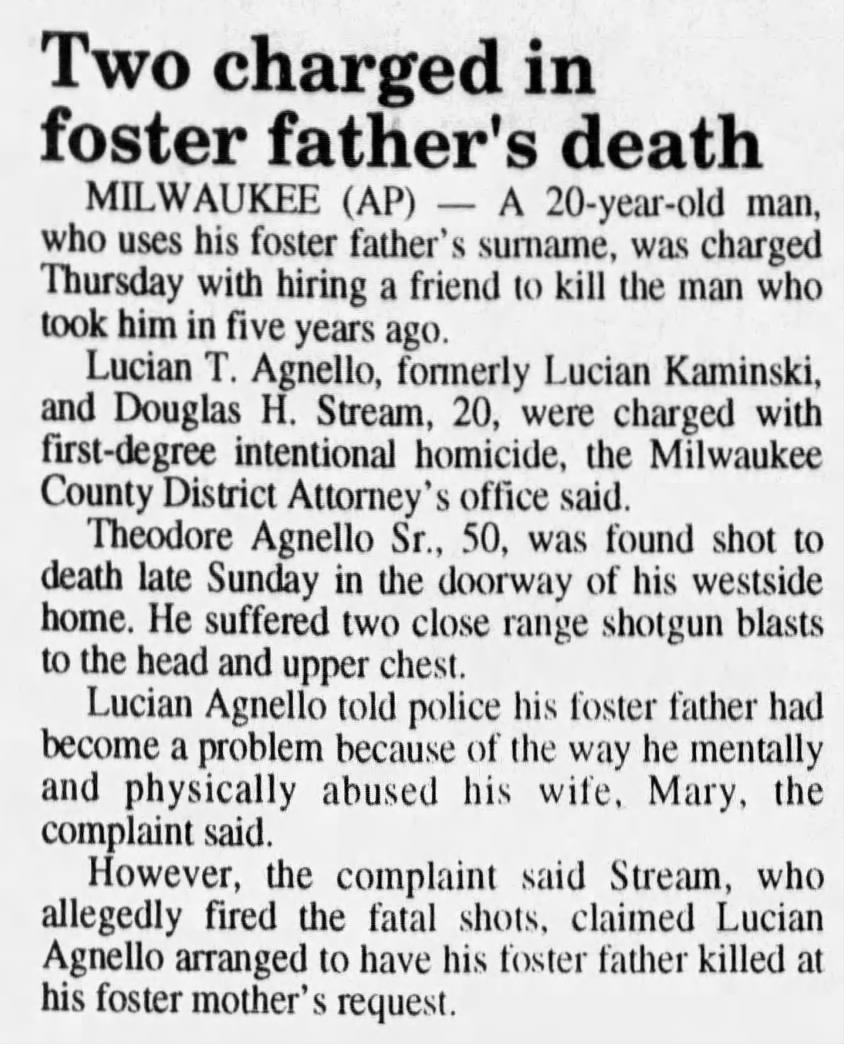