Is Josh Kaul’s Internet Crimes Against Children Backlog Over 1,000? 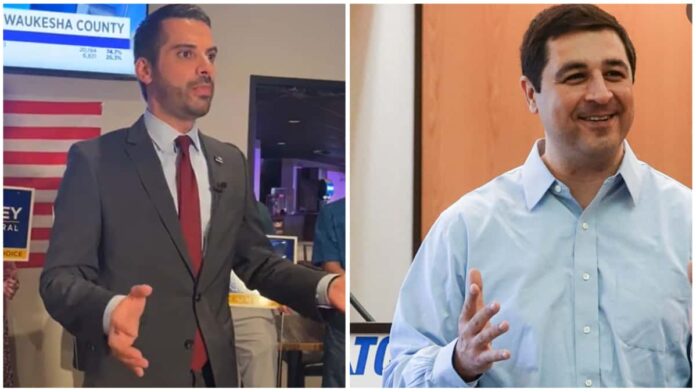 Eric Toney to Josh Kaul: “I will not stand for our children being put at risk”

Attorney General Josh Kaul has dropped the ball in a big way on Internet Crimes Against Children tips and referrals, with a backlog that may exceed 1,000, Republican candidate Eric Toney says. This means that some predators targeting children may be going free.

Toney is demanding that Kaul immediately release the backlog numbers after hearing about them from multiple sources. He has submitted an open records request because Kaul has not provided the information. Challenged on the backlog byToney at Sunday’s Up Front debate, Kaul didn’t deny it, and he offered no defense.

The referrals often come from the National Center for Missing and Exploited Children. Normally, they would be assigned to a Department of Justice Division of Criminal Investigation employee or local police agencies for further investigation. Under Kaul, they are just sitting there, Toney said.

ICAC referrals include child predators who:
– Child predators who possess child pornography,
– Obtain nude photos from children over the internet, or
– Coerce children to meet them for the commission of heinous and deviant sexual crimes.

“Today, after receiving information that Josh Kaul has delayed and failed to assign over 1,000 ICAC referrals from the National Center for Missing and Exploited Children, I sent a public records request directly to the Attorney General calling on him to immediately release the appropriate information to the public,” Toney said in a news release.

“This delay appears to be a direct result of Kaul’s failure to fill critical DCI law enforcement positions and comes during his mismanagement of the state’s crime lab, as documented by PolitiFact. We are seeing a pattern of his incompetence that may have resulted in potential child predators roaming free and placing the safety of our children at risk.”

“Kaul’s failure to fill critical law enforcement positions at DOJ and to process over 1,000 ICAC referrals may be allowing child predators to roam free,” Toney said.

“I demand that Josh Kaul immediately release the number of ICAC referrals that have been received under his watch and disclose when these referrals were assigned for investigation. If Kaul allowed more than 1,000 ICAC referrals on backlog at any time during his tenure, he owes an explanation to the voters. I also demand an investigation into how Kaul allowed this to occur on his watch and who he intends to hold accountable for this egregious failure. Public safety is my top priority and if Kaul’s incompetence has caused even one more child to become endangered by a sexual predator, the voters deserve to know before Election Day. While others have lost their jobs for such failures, it says everything about Kaul that he’s asking Wisconsinites for another four years as Attorney General despite his lack of judgment, mismanagement and indifference.”