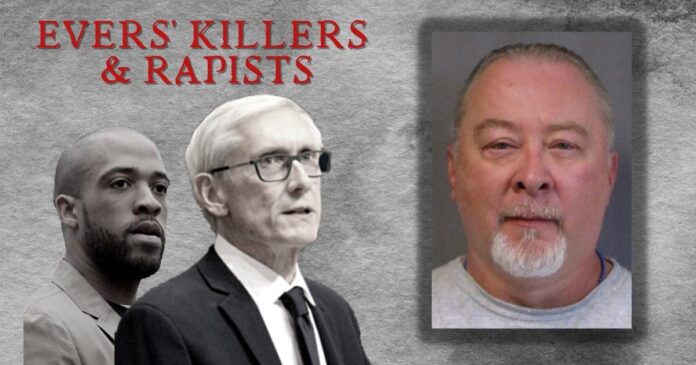 Robert Wallace was one of them. His release was discretionary.

Louise Matti didn’t want drug addicts wrecking the apartment building where she lived in Marathon County, so she locked a door. That enraged her new neighbors, who broke into her apartment.

One of them was Robert Wallace.

Old newspaper articles say that he was convicted, with another man, of beating, raping, jumping on, and murdering Matti, 62, a mother of two.

The Wausau police and county clerk had received thank you notes from Matti in the past, and she had asked police to keep a “close watch on her apartment because she was frightened,” old newspaper articles said. A police sergeant called her a “harmless soul” who sent gifts to the Police Department.

The murder was horrific.

Wallace called her an obscene name and said, “I’ll kill you” and demanded she remove her clothing, raping her and making her commit an “unnatural sex act.”

Then they lit her mattress on fire, left her there, and went to have lunch. She died of asphyxiation after a “severe beating.”

Today 62, Wallace lives in Schofield. It was discretionary parole.

Date paroled: 06/21/2022 [You can check his parole date yourself here by putting his name in the database and clicking on “movement”]

An old newspaper article said that Matti was “tortured and abused” in her apartment above a Wausau tavern.

Testimony from co-defendant Ronald Block said that Wallace forced open the door to her apartment in the early morning hours.

Wllance “began breaking up the furniture,” throwing chairs and a television set.

Wallace followed Matti “into the bedroom and started to beat her about the face and head, using the rings on his fingers as weapons.”

“Bob told me to go into the kitchen and get two knives,”  Block testified.

They used knives to slit her mattress with Matti lying on the bed bleeding.

They started the mattress on fire. They left the bedroom and watched it burn with Matti still on the bed.

They then started a fire in the middle of a living room.

They also “jumped on her, on her stomach.”

They left and took a cab to Schofield, where they spent an hour having lunch.