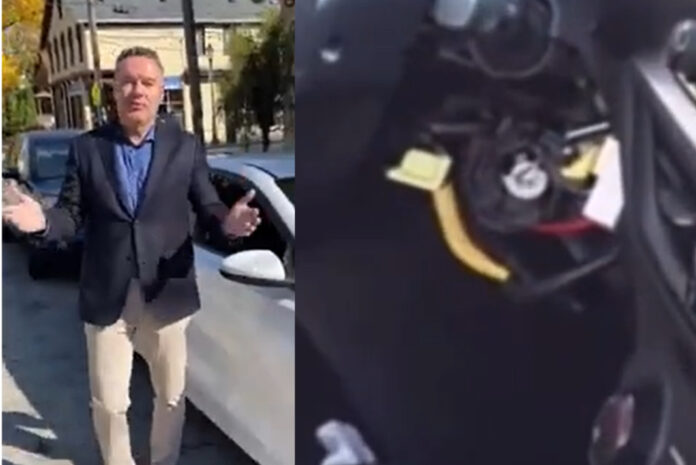 “The crime in Milwaukee has to stop, this is what happens when you have weak leadership.” -Tim Michels

On Thursday morning, there was an attempted theft of a news producer’s car right across the street from a press conference with Republican gubernatorial candidate Tim Michels.

Reporters were set up across the street at 10 a.m. for the press conference. A FOX producer’s rented white KIA was parked near Franklin and Brady when someone smashed a window and tried to steal it, according to Michels.

“The crime in Milwaukee has to stop. This is what happens when you have weak leadership.” said Michels.

Michels said the attempted theft happened in the middle of the day with people and press in the area.

“The bad guys are so emboldened, they’re like I don’t care if there’s cameras around people around… future governors around…I know I’m going to get away with it,” said Michels.

The attempted theft was not caught by news cameras, however, it was caught on surveillance video.

A “Kia Boys documentary” documenting Milwaukee car thieves has been watched by more than 67,000 people on YouTube. It shows the brazen nature of the car thieves, who openly say they don’t fear punishment.