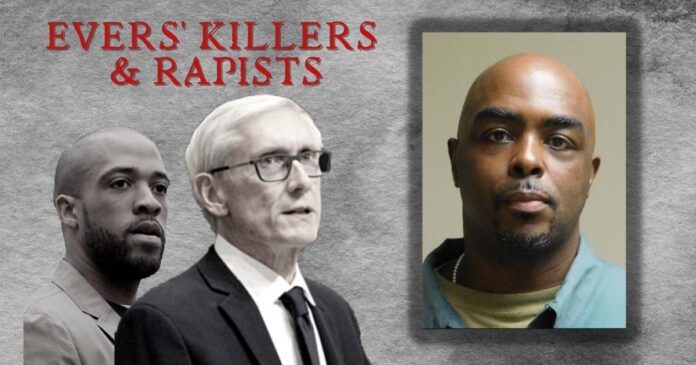 Marvin Hereford was one of them. His release was discretionary.

When a jury convicted Marvin Hereford of shooting a 25-year-old Beloit man in the back of the head, he “shouted racial obscenities and attempted to leave the Dane County courtroom,” according to an old article in the Wausau Daily Herald.

He shot and killed Frank Gurley in 1991 outside Mr. Do’s Bar-B-Que Restaurant.

Hereford shot Gurley in the back of the head.

Hereford is black. He shouted racial obscenities at the white jury.

Hereford, of Beloit, walked up behind the victim outside a tavern and “shot him in the back of the head, the old newspaper articles said

Date paroled: 10/06/2020 [You can run Duychak’s parole date here by putting in his name and clicking on “movement”]

Sentence:  Life. Killers serving life sentences do not qualify for mandatory release. This parole was discretionary.

His headstone describes Gurley as a husband and father.

Marvin Hereford was convicted of first-degree intentional homicide while armed.

Hereford was 22 at the time of the homicide and angry about “something Gurley had said to his girlfriend,” according to an old article in the Wisconsin State Journal.

The district attorney called Hereford a “cold-blooded killer.” The police chief said in an old newspaper article that the victim had tried to break up an argument/intervene in an argument. 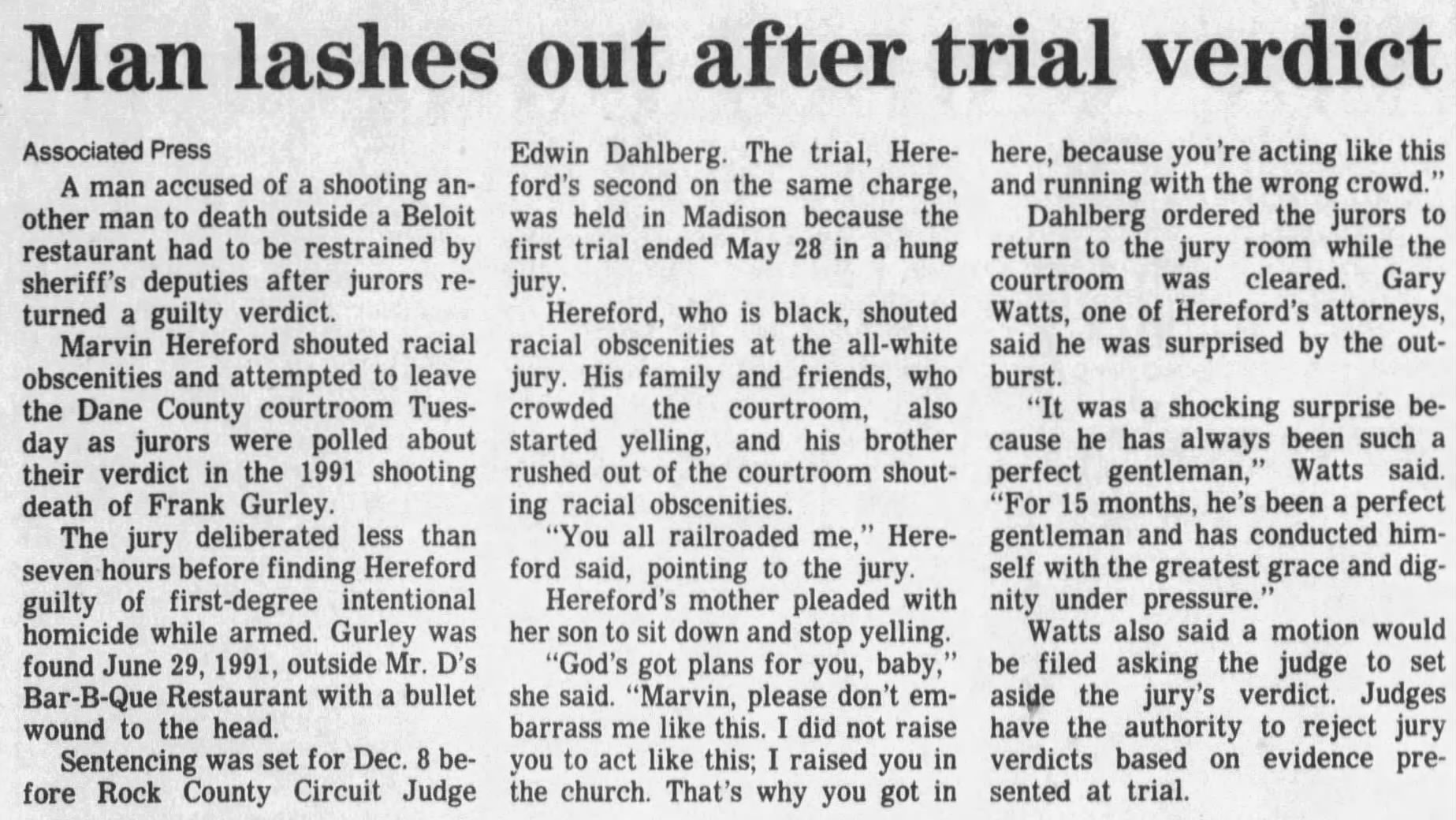