Michael Vieth was one of them.

Michael Vieth’s crime was horrific. He raped an Amish girl because he was upset an Amish horse made him swerve his car in a ditch a couple weeks before.

For that, he targeted the teen, abducting her as she walked home from school.

According to an old article in the La Crosse Tribune, Vieth was 24 years old when the judge sentenced him for kidnapping, rape and reckless endangerment.

Vieth “singled Amish people out as victims,” Judge Steven Abbott said at Vieth’s sentencing. He fired “seven shots into a buggy” containing an adult and three kids and then “kidnapped and assaulted the Amish girl who was walking home from school in the town of Wilton.”

“This man fired 20-some bullets into three vehicles and raped a child,” the DA said.

According to a 1996 Associated Press article, Vieth abducted the girl as she walked home from substitute teaching, “sexually assaulting her in his car.”

Vieth stated he wanted to “get even with them,” referring to the Amish.

He also said he abducted the girl as a “way to get one up on the Amish.”

The Beaver Dam Daily Citizen reported at the time that the girl told Vieth “it would be a sin for her to remove her underclothes and then he cut them off with a carpenter’s knife before raping her,” the Dail Citizen reported. He kept her in the car for three hours. 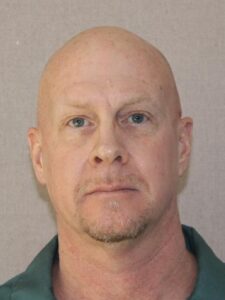 Date paroled: 3/08/2022 [You can check his parole date here in the DOC database. Put in his name and then click “movement”]

Sentence: 60 years. His mandatory release date is not until 2035. His release was discretionary.

An AP news article reported that, in November 1995, Vieth, 24, abducted the 15-year-old Amish girl in rural Wilton as she walked home from substitute teaching and raped her in his car. Vieth cut off her underclothes after she told him it would be a sin for her to remove them, according to the criminal complaint.

“When he drinks he is a loose cannon,” the judge said. He was convicted before of shooting “into other occupied vehicles.”

Earlier that day, Vieth had shot at an Amish horse and buggy with a .22-caliber rifle. The buggy was carrying a man and three children, but only the horse was injured.

Vieth was arrested after a three-day manhunt.

“I argued for 155 years, based on the fact he had a previous incident in 1987 in which he shot a dozen bullets in two different vehicles,″ he said. “I wasn’t going to have the blood of any future victims on my hands.”

Its been considered the most talked about crime in the history of Monroe County. 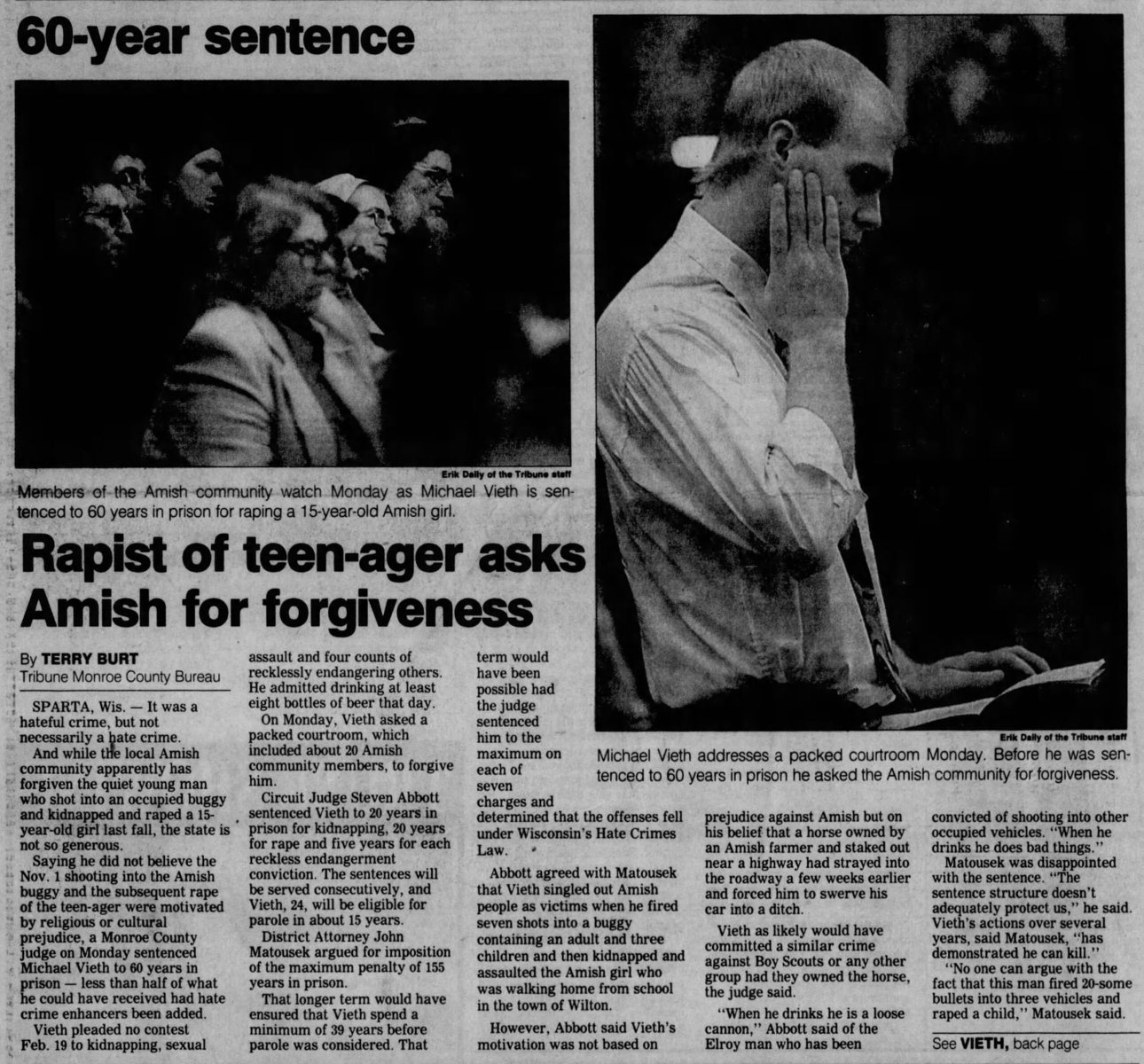