Jon Wiser was one of them.

Jon Wiser had done odd jobs for 86-year-old Amanda Westphal in her Juneau, Wisconsin home. In 1987, he crawled through a basement window and bludgeoned her to death with a wooden object, before raping her and dumping her body in the woods with a wheelbarrow.

Amanda Westphal, 86, was found in a wooded area near her ranch home.

According to a 1987 article in the Fond du Lac Reporter, Wiser broke into Westphal’s basement window to burglarize her house. When she confronted him, he hit her “with a wooden object,” and then put her body in a wheelbarrow.

A pathologist testified that Westphal suffered from a “homicidal assault” that included a blow to the head, strangulation and sexual assault.

He dumped the victim in the woods. He then returned to her house and stole money and two electric fans, the newspaper reported. He had done work for her before. According to the Wisconsin State Journal, Wiser was already facing charges for burglarizing Westphal’s home when he bludgeoned her to death.

Wiser had done off jobs for Westphal and was facing a prior charge for burglary at Westphals’ home earlier that year. 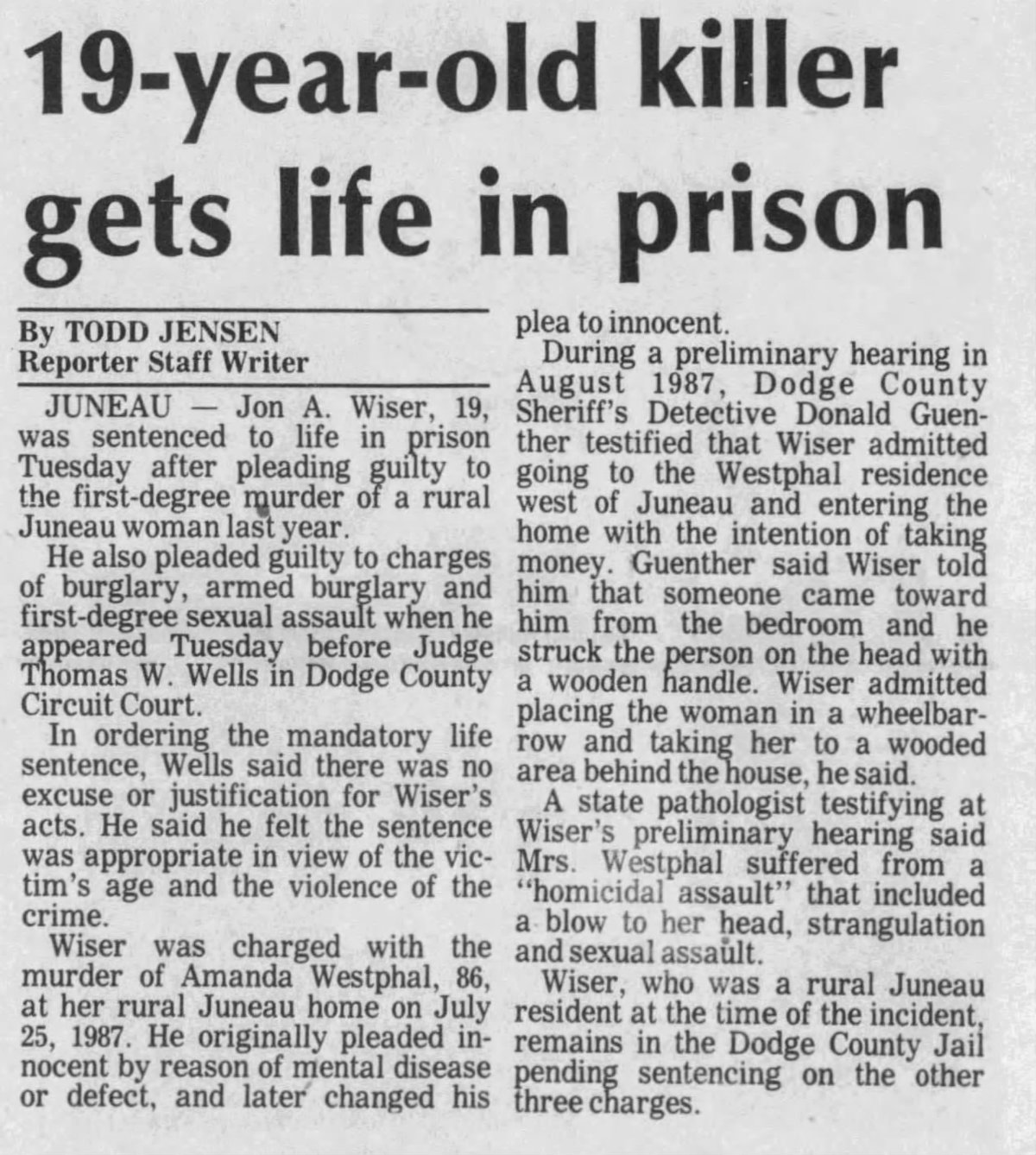 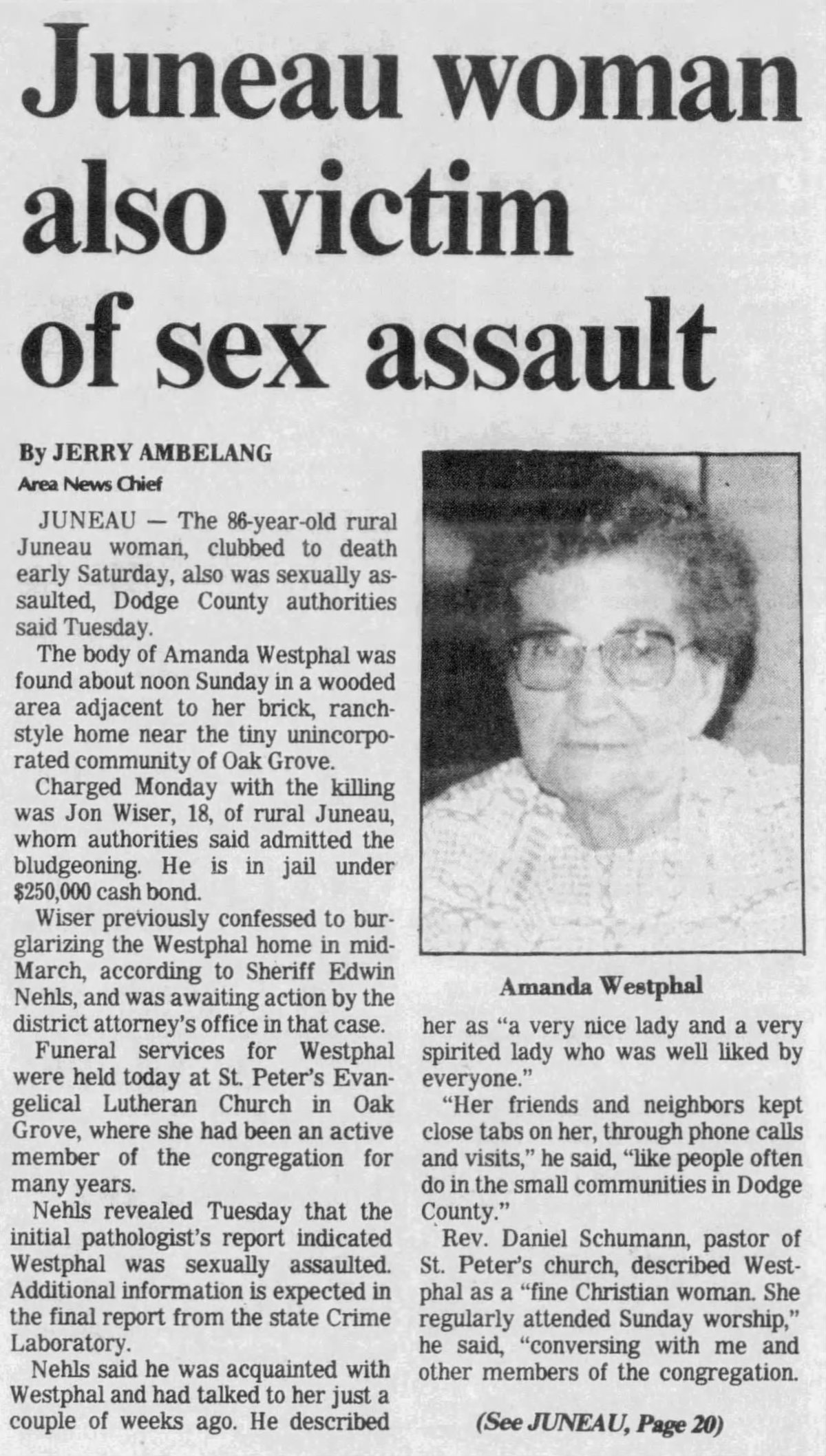