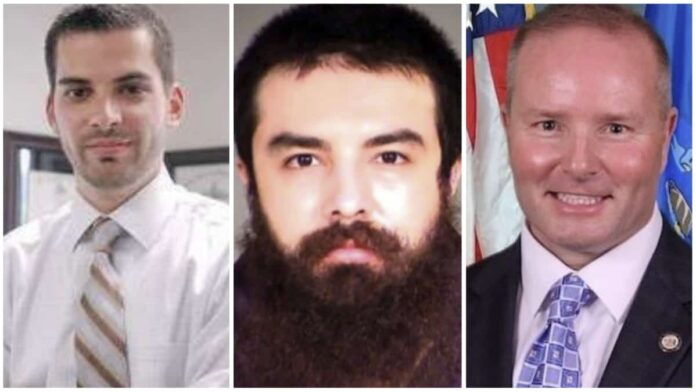 Daniel Navarro “stated that he believed the person driving the motorcycle was white because in Wisconsin white people drive motorcycles and the Harley culture is made up of white racists” – the criminal complaint.

District Attorney Eric Toney, who is the Republican nominee for Attorney General, has convicted a man of a hate crime murder who purposely crashed into a retired cop who was riding a Harley-Davidson because he was angry at President Donald Trump and believed the driver would be “white and racist.”

The victim, Phillip Thiessen, was a former Fairfax Virginia Police Officer and retired Wisconsin Division of Criminal Investigation Special Agent. Far from being racist, he was a community volunteer and former Marine

“Navarro talked about the silent majority that voted for Donald Trump as President, the political and racial tensions in the news lately, including racial tensions related to President Trump,” the complaint says. “Navarro stated that if Trump and white people are going to create a world like we are living in then he has no choice and people are going to have to die.”

During the course of the investigation there was no information found linking the victim, Phillip Thiessen, to any racist activity or behavior. The victim was a former Marine, police officer, DCI Special Agent, and a frequent volunteer at a local food pantry, the complaint says.

“Navarro was found guilty from a July 3, 2020 crash in which Navarro intentionally targeted a Harley Davidson Motorcycle killing the rider because he stated he believed the rider of a Harley Motorcycle would be white and racist.”

Toney was prosecuting the homicide case all week as the primary election unfolded, naming him the Republican party’s nominee against Josh Kaul. He has criticized Kaul for turning his back on law enforcement.

According to Toney’s news release, “This afternoon the jury trial moved to the second phase of the trial to address the Defendant’s plea of Not guilty from Mental Disease or Defect.”

You can read the criminal complaint in full here.

In July 2020, in the Town of Taycheedah in Fond du Lac County, a caller reported that a white male victim was in the roadway who appeared to be deceased.

When authorities arrived, they found a red 2004 Dodge Dakota pickup truck that had crashed into a poll. The driver was Navarro. Navarro and the victim were strangers to each other.

Daniel Navarro stated that he “intentionally crashed into the motorcycle, head on,” the complaint says.

He had a “thousand yard stare,” and said, “Yes, it was intentional, sir.”

A witness told police she saw the truck swerve and strike the motorcycle.

The defendant made rambling comments about people poisoning him and targeting him because he’s Mexican.

“Navarro stated the recent events and the racial climate in the United States contributed to what happened to him,” the complaint says.

Daniel Navarro stated that he was thinking about targeting a white person and killing them with a vehicle earlier that day.

Daniel Navarro stated he picked a motorcycle instead of a car because he wanted the person to die and not be paralyzed.

The case was delayed because of competency evaluations.

Thiessen’s family has created a scholarship fund in his memory.

Phillip Thiessen lived every day of his life in service to others.
“His motto was ‘do the right thing and help people.’ Now, posthumously, he continues to do just that,” wrote the Fond du Lac Area Foundation on Facebook.
“Thank you to his daughter Maeghan and the Thiessen family for entrusting the Fond du Lac Area Foundation with facilitating the Phillip Thiessen Memorial Scholarship Fund.”
Phillip Thiessen’s obituary says he served as “a Police Officer with the City of Fairfax, VA for 26 years. After retiring from the City of Fairfax Police Department, Phillip was a Special Agent with the WI Department of Justice for almost 2 years before officially retiring in Fond du Lac, WI.”
It adds, “Phillip was a generous, caring, loyal man that made friends easily anywhere he went, and maintained long distance friendships for many years. He believed in giving back to his community and was a volunteer at the Fondy Food Pantry.”
Share
Facebook
Twitter
Pinterest
WhatsApp
Previous articleEric Toney Convicts Racist Killer Who Purposely Killed White Harley-Riding Cop
Next article10 Reasons Tim Michels Won the Republican Primary