WRN Honesty Awards Go to Eric Toney, Tim Ramthun For NOT Lying About Their Opponents 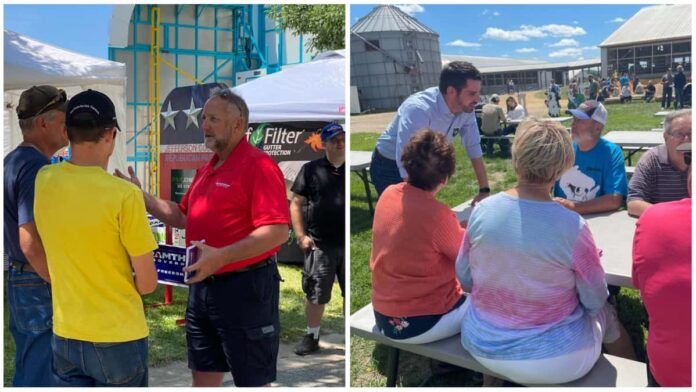 Eric Toney and Tim Ramthun, thank you for retaining your honor and dignity in this ugly primary season. Others? Do better.

We are starting a new award – the Wisconsin Right Now honesty awards – to recognize candidates who don’t lie about their opponents on the campaign trail.

We are giving the inaugural honor awards to Eric Toney and Tim Ramthun for not lying about their opponents during the increasingly ugly Republican governor and AG races, even as some of their opponents (and the liberal media) have lied away about them. Isn’t it sad that this value has become so rare that it’s deserving of an award?

Toney is the District Attorney of Fond du Lac County. He is running in the state Attorney general’s Republican primary. Ramthun has worked as a state representative. He is running in the state governor’s Republican primary. The primary is Aug. 9. Both of them have run dignified campaigns focused on the issues. In part for this reason, but also because we believe he has the best chance at defeating Democratic AG Johs Kaul, we have endorsed Toney in the AG race. We have not yet endorsed in the governor’s race.

We’ve lost track of the number of deceptions coming from other candidates in those races during this ugly campaign season, whether it’s Adam Jarchow saying Toney let a violent criminal go (he didn’t; his prosecutor opposed the defense bail modification), or Tim Michels saying that Rebecca Kleefisch sold out Wisconsin workers in China (she didn’t; she was helping ginseng farmers find new markets), or Kleefisch amping up the language in multiple ads to claim that Wisconsin Right Now reported that Michels personally tried to raise the gas tax, when we never reported that. Read our story here; not a single fact in it has ever been refuted, including by Michels. We take great pride in verifying and documenting facts, and we don’t appreciate our brand being hijacked like that.

We are sick of ALL of it. Adam Jarchow is even lying about legislative votes he took to create a “pro-cop” record.

Enough! And don’t even get us started about the slimy surrogates, oppo research dumps, deceptive leaks to liberal reporters, and “shadow” groups.

In the midst of all of this, there have been two breaths of fresh air, who have run campaigns with dignity, who have focused on the ISSUES (remember those) and who have not lied about their opponents.

Those two people are Eric Toney and Tim Ramthun.

Every “negative” claim or ad is not deceptive or a lie. It’s fine for Ramthun to point out that he differs with his opponents on decertification (we differ with Ramthun on that too – we don’t agree with his position on decertification), and it’s fine for Toney to point out that Jarchow has never prosecuted a case (a fact he doesn’t dispute). That’s not what we are talking about. It is fine for Kleefisch (as she also has) to point out that, as we reported, Michels and his company were involved in groups that lobbied aggressively to raise the gas tax and against other Walker-era reforms. It would be perfectly fine for Michels to criticize Kleefisch for the Walker admin’s handling of Foxconn, as he also did. And, yes, we get that Ramthun and Assembly leaders had a war of words over “misinformation,” but we are giving out this award to candidates for their behavior during the statewide races.

Because these races may be close – no one really knows where they are at – the ugliness has only escalated in the last few weeks. Some of it has been truly shameful.

As a side note, we have not heard of any examples of Karen Mueller lying about her opponents either in the AG race but haven’t followed her campaign closely enough to include her among the award winners.