Hard Rock Casino in Kenosha: Where Do the Governor Candidates Stand? 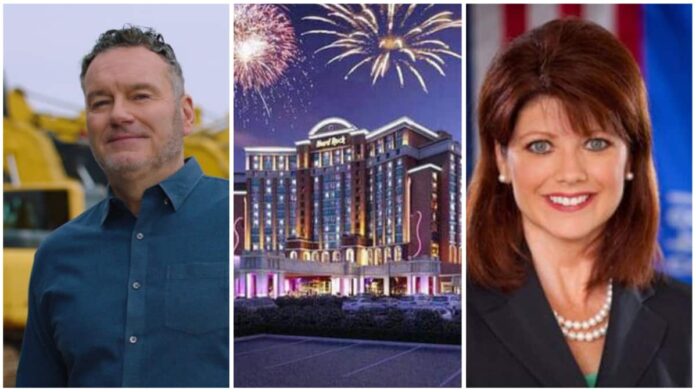 Tim Michels called on Gov. Tony Evers “to promise that when he loses in November, he will not agree to anything of this significance while a lame duck.”

The Menominee Indian Tribe of Wisconsin announced on July 20, 2022, “that in partnership with Hard Rock International (Hard Rock), it will relaunch the Wisconsin tribe’s efforts to open a destination entertainment center and casino in the City of Kenosha,” a press release received by Wisconsin Right Now states.

As many remember, the Hard Rock casino was not approved by then Gov. Scott Walker in 2015. That was a very controversial decision, especially in the Kenosha area. The Forest County Potawatomi opposed the casino because they have one in Milwaukee. Back then, the project was estimated at $800,000, and would have brought 10,000 jobs. This project would be “trimmed” down, the news release says. Walker said he was concerned that a compact with the Potawatomi negotiated with former Democratic Gov. Jim Doyle would require state taxpayers to reimburse that tribe for lost revenue. “I cannot put the taxpayers of this state on the hook of losing about $100 million or more now and potentially more in the future,” said Walker, who was considering a run for president at that time. 500Nations.com wrote, “A new Hard Rock Casino project may be quietly rising near Kenosha, Wisconsin. A 60-acre parcel of land west of I-94 in the Village of Bristol has been purchased by Kenosha LandCo, a company with the same address as Hard Rock International in Florida. Hard Rock is owned by the Seminole Indians of Florida.” But it would require a governor’s approval.

As a result, we decided to ask the current Wisconsin governor candidates for their position on the proposal coming back. We also specifically asked each candidate whether they would approve it. We asked Walker’s former Lt. Gov. Rebecca Kleefisch, businessman Tim Michels, legislator Tim Ramthun, and Gov. Tony Evers. We heard back from Michels and Kleefisch. Here are their comments:

We were told we could attribute this quote to Michels himself:

“The public is in the dark here, and that is troubling. It is about the details. The priorities are: Is the deal good for Wisconsin’s economy and Wisconsin’s tribes? I have no faith in Tony Evers’ ability to negotiate a tough deal that puts taxpayers’ interests first. I’m calling on Governor Evers to promise that when he loses in November, he will not agree to anything of this significance while a lame duck. This is something best left to the next governor to resolve in 2023.”

After receiving Michels’ statement, we also asked Evers campaign: “If he (Evers) doesn’t win, will he agree to not make a decision during the lame duck period before a new governor could be sworn in?” As noted, we have not heard back.

Her spokesman Alec Zimmerman gave us this statement:

“Right now we are facing out-of-control inflation, out-of-control crime, and unaffordable gas and groceries. Rebecca’s focus is on solving these issues, but she will of course keep an eye on this as more details emerge.”

“Menominee will be the owner of the casino and related facilities, and Hard Rock will be the developer and manager of the project. Menominee Chairman Ronald J. Corn, Sr. said that the revived effort is aimed at providing necessary resources for the ongoing and growing needs of the tribe’s members. The Menominee is ranked as one of the largest and poorest tribesin Wisconsin and regularly reports some of the highest rates of poverty and lowest ratings for health outcomes of any area in the state,” the press release stated.

“Hard Rock has a long standing partnership with the Menominee Tribe and is proud to support them in their continued efforts to bring a world-class gaming and entertainment resort to the Kenosha community,” said Hard Rock International COO Jon Lucas.

The press release continues: “Corn praised the Seminole Tribe of Florida, which owns Hard Rock International, for its ongoing interest in and support of the Kenosha project. He said that adding the Hard Rock brand and expertise to the project will help ensure that the Kenosha casino will be an appealing destination for people from throughout the Midwest.”

The press release notes, “A previous Menominee Hard Rock Project in Kenosha was approved by the City of Kenosha, County of Kenosha, and United States Bureau of Indian Affairs and Department of the Interior, but was rejected by then Gov. Walker during the midst of his early presidential campaign in 2015.”

“Much has changed since our 2015 effort, but the needs of our tribe and its members have continued and in some cases grown more acute,” Corn said in the news release. “We need to make greater investments into health care for our children and elders; we need to make more investments into educating our young people; and we need to do more to reduce
the high levels of poverty, hunger, and unemploymenton our reservation. A casino and entertainment center in the City of Kenosha is the best path for our tribe to obtain the resources to help achieve those important goals.”

The release adds, “He said that one change for the Hard Rock Kenosha project is that the size of the casino would be trimmed back to reflect the increased number of gaming facilities in both Wisconsin and northern Illinois.”

“The proposed project will not be as big as it was previously envisioned, but it will still create jobs and be substantial. It will still be a Hard Rock brand and be an incredible addition to the community, the local and regional economy, and the state,” Corn said.

The release states, “While previous plans called for the Menominee-Hard Rock entertainment center and casino to be built at the site of the former Dairyland dog track, the new site being proposed is on land less than a mile away just west of the interstate on about 60 acres of land in the City of Kenosha. The property was previously owned by the Village of Bristol, and an option on it was recently purchased by Hard Rock.”

It adds: “Corn noted that because this is a different site, the project will have to develop a revised federal gaming application as well as negotiate updated intergovernmental agreements.”

“We are sincerely grateful for the positive working relationship we have had over the years with the City of Kenosha, Kenosha County, the local business community, and the countless residents who have supported our previous efforts,” said Corn. “We look forward to re-engaging with the community as our talks with the City and County take shape. We have always said it must be good for Kenosha to be good for Menominee, and we are excited about getting the process started.”