Alex Lasry Put $12.3 Million of His Own Money Into US Senate Primary 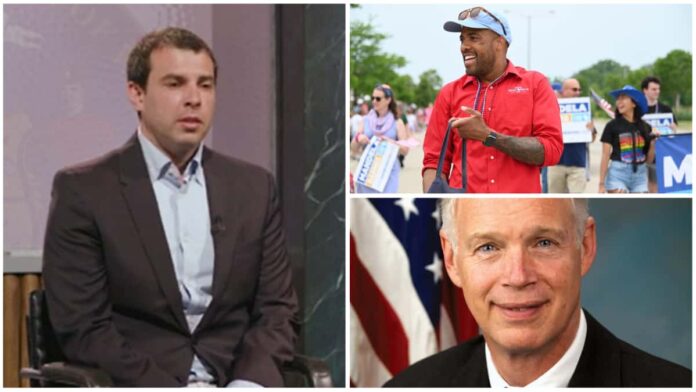 Ron Johnson is outraising the Democrats from individual donors, but Alex Lasry is pouring millions of dollars of his own money into the race to defeat his Democratic rivals.

Alex Lasry, who is running for US Senate because his father co-owns the Milwaukee Bucks, has loaned his campaign $12.3 million overall in the U.S. Senate Democratic primary.

He has spent more than $14 million from February 2021 through the end of June 2022, according to federal records. See his full reports here.

The reports show Lasry is wildly outspending his Democratic opponents because of his ability to self-fund. Lt. Gov. Mandela Barnes has spent $4.7 million overall.

Ron Johnson, the Republican incumbent, has raised $15,488,523.30 in 2021-2022. Contributions from individuals totaled $11,670,339.90. No loans were reported from the candidate. Johnson raised $7 million in the most recent reporting period, far more than all of the Democrats together (who raised a combined $3.7 million). Johnson has $2 million cash on hand. Lasry, by comparison, only raised $520,000 from other people during the most recent time frame.

$6.5 million of Lasry’s loans to himself came in the time frame of 04/01/2022 through 06/30/2022. Lasry is not working for the Bucks right now even though he touts his work there on the campaign trail. His father owns one-third of the team. His father is a hedge fund billionaire from New York (net worth $1.8 billion). Lasry has a trust of more than $50 million, leading Republican party officials to dub him a “trust fund baby.”

The extremely liberal Lasry is squaring off against Lt. Gov. Mandela Barnes, State Treasurer Sarah Godlewski, and Outagamie County Executive Tom Nelson, for the change to square off against Republican U.S. Senator Ron Johnson. Godlewski loaned her campaign $3.5 million from 2021-2022. Nelson did not loan himself any money. Neither did Mandela Barnes.

Lasry’s loans to himself represent a sharp uptick in self-funding. He had only put $2.35 million since the beginning of the campaign into his race as of February. As a result, the last Marquette poll showed that he had surged in the polls but is still second to Barnes.

We ran the campaign finance date through the Federal Election Commission because it’s a federal seat. The reports encompass the time period of 02/11/2021 to 06/30/2022.

Here’s the tale of the tape:

This reporting period: Loaned himself $6.5 million.

No loans from candidate.

No loans by candidate.