Tim Michels’ Military Experience Explored: He Commanded the Tomb of the Unknown Soldier 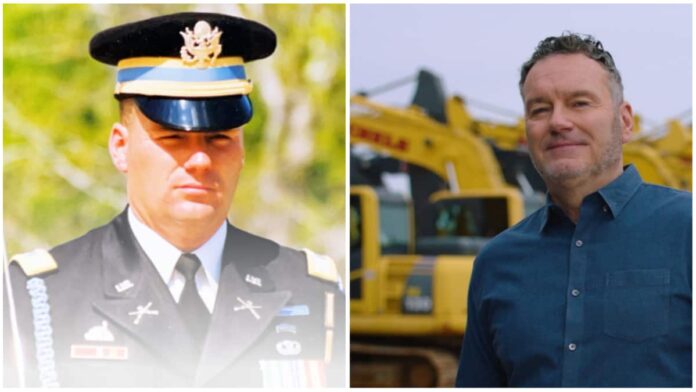 Republican gubernatorial candidate Tim Michels touts his military experience on the campaign trail, including being a commander of the Tomb of the Unknown Soldier.

We have a great respect for military service. Because we pride ourselves in giving readers verified facts, not campaign rhetoric, we asked the Army for details of Michels’ service, and what he said checked out. In fact, the Army told us he received multiple medals and commendations. We received a very detailed response from Heather J. Hagan, U.S. Army spokeswoman. We print it in full here for the benefit of primary voters. The questions are ours, and the responses are from Hagan.

We, at Wisconsin Right Now, believe military experience is something to be greatly respected. We’ve been to the Tomb of the Unknown Soldier, and it’s something to be greatly respected, awe-inspiring to witness. His campaign says, “After graduation, Tim joined the U.S. Army, where he served for twelve years.” They say he retired with the rank of Major.

Our Q and A with Hagan:

Q. What is the service verification of Timothy James Michels and was he honorably discharged?

A. Timothy James Michels was in the regular Army from May 1984 to July 1996 as an Infantry Officer (11A) and a Plans, Operations and Training Officer (54A). He has no deployments.

He held the rank of major at the end of service.

Due to privacy constraints we are not able to provide characterization of discharge for any soldier.

A. Yes, Michels served as the operations officer in Headquarters and Headquarters Company (HHC), 4th Battalion, 3d U.S. Infantry Regiment from July 1989 to February 1990. The unit’s responsibilities include securing the Tomb of the Unknown Soldier. From February 1990 to December 1991, he commanded Echo Company, 3rd U.S. Infantry Regiment (The Old Guard). In addition to three riffle platoons, he was responsible for the selection, training and operations of the Sentinels of the Tomb of the Unknown Soldiers, the U.S. Army Drill Team, and the U.S. Army Color Guard Platoon. The Army is the senior service, responsible for the ceremonial training of all joint service participants at the White House, Pentagon, and throughout the national capital region. He maintained the capability to rapidly respond as an augmentation to security agencies and police authorities and planned and conducted infantry training at the company level.

The Sentinels of the Tomb, https://oldguard.mdw.army.mil/specialty-platoons/tomb-of-the-unknown

For a complete service record, please reach out to National Archives and Records Administration (NARA). Soldiers who left Army service more than 15 years ago, their records are transferred to the NARA, Military Personnel Records Center, in St. Louis, Missouri.

Note, due to COVID-19, NARA is primarily responding to emergency requests at this time. NARA is defining emergency requests as those associated with medical treatments, burials, homeless veterans, VA Home loan guarantees, and employment opportunities.

NARA does have an office that handles media and congressional requests. The phone number is 314- 801-0816.  When you contact them, be sure to indicate that you are making “An expedited media request.”  Nonetheless, NARA requires all requests be made in writing via an SF 180 form. In Section III, Block 2 of the form check the block “Other” and indicate Media and your organization name there. Fax the completed SF180 to: (314) 801-0763.

Early on, a direct mail piece incorrectly said Michels had retired from the Army. He did not retire from the Army, but it seems a small point in light of the above.