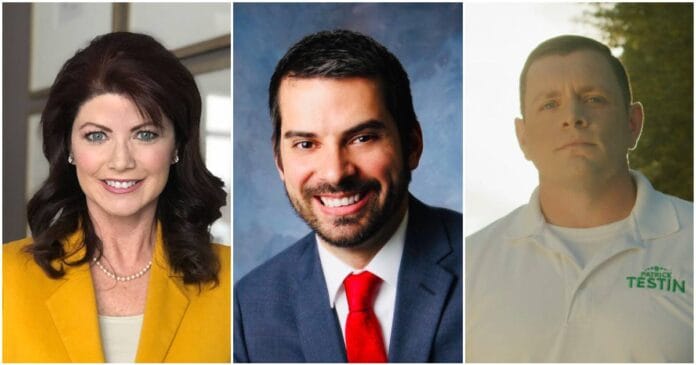 The state party did not endorse any candidates except pastor Orlando Owens for state treasurer.

Kleefisch, Toney, and Loudenbeck received a majority of the votes from delegates. In all of the cases, no other candidate came close, although support for gubernatorial candidates Kevin Nicholson and Tim Michels likely was diverted to the controversial “no endorsement” choice. Nicholson specifically asked his supporters to choose no endorsement.

Kleefisch stressed the fact she has won statewide before. Toney highlighted his prosecution experience and argued that Democratic Attorney General Josh Kaul has failed on public safety.

The state party did not endorse any candidates except pastor Orlando Owens for state treasurer; he was the lone choice for that. That’s because delegates agreed, after a strong push by former combat veteran Nicholson, to include “no endorsement” as a ballot choice.

If a candidate did not get over 60%, they didn’t get the endorsement, even if they dominated their field. Especially in races with a lot of candidates, the decision virtually ensured no one would get the endorsement. This is controversial, and it’s the first time since 2009 that a non-endorsement option was allowed.