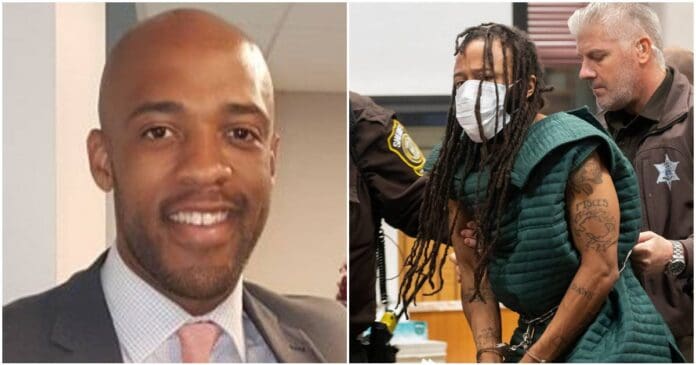 Lt. Gov. Mandela Barnes, who is running in the Democratic primary for U.S. Senate for a chance to square off against Republican Ron Johnson, has reiterated his support for ending cash bail for some offenders.

“A person shouldn’t be held in jail because they can’t afford to make their bail,” Barnes said.

Barnes’ comments came despite a series of controversial decisions by court commissioners in Wisconsin to give offenders signature bonds or low cash bail, with some of those defendants committing new crimes – most controversially, Waukesha parade attacker Darrell Brooks.

On Capital City Sunday on May 1, 2022, Barnes was asked by WKOW-TV host A.J. Bayatpour whether he still supported eliminating cash bail.

The Party noted, “Previously, when Barnes was in the State Assembly, he sponsored a bill to eliminate cash bail which would have barred courts from considering the severity of a defendant’s crime. This proposed bill, which died in committee, would have severely limited the prosecutor’s ability to argue that the defendant would be a risk to the community.”

“Keeping communities safe from crime continues to be a high priority for Wisconsinites. Barnes is out-of-touch with the mainstream as his policies consistently aim to appease the far-left,” said Republican Party of Wisconsin Rapid Response Director Mike Marinella.

“What I support is a bail system that decides who should stay in jail based on the severity of the crime, based on the likelihood to re-offend or cause harm,” Barnes said.

Bayatpour tweeted, “Still the frontrunner in a Democratic Senate primary that has gotten closer, @TheOtherMandela maintains his support for ending cash bail.”

Still the frontrunner in a Democratic Senate primary that has gotten closer, @TheOtherMandela maintains his support for ending cash bail.

Earlier this month, @GovEvers said cash bail is "one of those things that should be kept." pic.twitter.com/gah4GgShYK

Barnes made it clear that he did not think some non-violent offenders should be held on cash bail.

“It should be based on the severity of the crime or past violent history,” he said.

the host pressed on, “Do you still support the elimination of cash bail?”

Barnes brought up the Waukesha parade attack and then said that someone like Brooks should be kept in jail “no matter how much they pay.”

He said he wanted bail based on the severity of the crime or past violent history.

The host pressed, “Cash bail off the table?”

“What we have now is a system treats people unfairly,” said Barnes. “We have a low-level offender, let’s say someone gets caught with possession of marijuana…a person shouldn’t be held in jail because they can’t afford to make their bail.”

“it’s about the severity of the crime,” said Barnes.