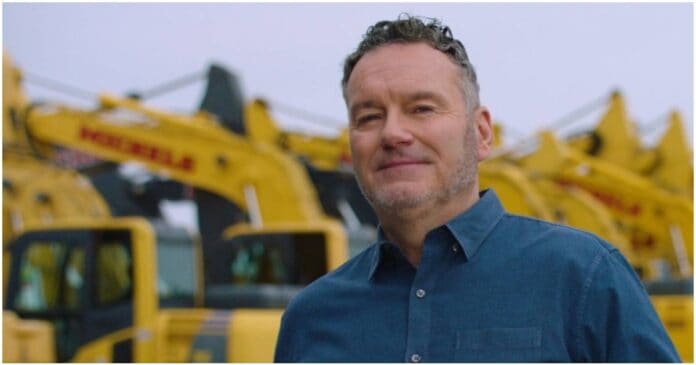 Asked whether his children graduated from high school in Connecticut and New York, Michels said, “They did.” He added, “We probably could have moved back a few years ago.”

Republican gubernatorial candidate Tim Michels told talk show host Dan O’Donnell that his family moved with him to New York for a major subway project in 2013 but said that he spent more time in Wisconsin than out east.

Michels acknowledged that he spent just enough time in Wisconsin to qualify as a resident for tax purposes.

Michels said he “always spent 183 days in Wisconsin” per year, at least, except for 2015.  That year, he spent more than 183 days in New York, so he had to pay taxes in that state.

Michels said he moved his family out east for the subway project that ended in 2016, the year his eldest son graduated from a New York High School.

But the family remained in the New York area for years after that project ended.

In essence, Michels confirmed all of the facts asserted in Wisconsin Right Now’s May 1, 2022, story about his residency.

Of his family’s east coast presence, where they own a $17 million Connecticut home, he said to O’Donnell, “We fully expected this would come up at some point in the campaign. Wisconsin Right Now got out ahead of us.”

Some have falsely claimed that we stated outright that Michels lived largely in Connecticut. We did not. We asked questions about how much he lived in Wisconsin the past decade, querying: Where did Tim Michels and his wife live since 2013? Did Michels and his wife pay state taxes and vote as Wisconsin residents? And we noted that his campaign was refusing to answer those, among other questions.

“Voters have the right to know if a candidate for Wisconsin governor actually lived in the state over the past decade. One would think a campaign could easily answer these questions,” we wrote.

Michels’ appearance on O’Donnell’s show was in response to Wisconsin Right Now’s story that revealed Michels’ three children attended and graduated from the Connecticut and New York High Schools from 2013-2021, and that Michels and his wife, Barbara, purchased three significant properties out east in that time frame, raising questions of residency.

O’Donnell asked whether it was safe to say that Michels’ and his family’s lives were focused on the east coast, noting that Barbara Michels’ Facebook likes focus almost exclusively on east coast interests like polo and yacht clubs.

“My children’s lives may have been. Of course, my wife is going to mother, and she spent a lot of time out there as well,” Michels said. But he noted, “I’m the guy on the ballot.”

Michels falsely told O’Donnell that WRN did not tell readers about his family’s large donation to the Medical College of Wisconsin last month. In fact, the story did report on that donation, and we even ran a television story’s video about that press conference in the article.

“We’re proud to live in Wisconsin,” Tim Michels said, announcing a major family donation, this time to the Medical College of Wisconsin, honoring his daughter’s brain tumor recovery. A CBS-58 story referred to them as a “Dodge County family.”

Other than that false contention, Michels did not refute a single fact in Wisconsin Right Now’s story.

According to Michels, his residency was “very well vetted” by the Wisconsin and New York Departments of Revenue because he pays “millions and millions” of dollars in taxes. He says this is documented and logged (we previously asked for those records to no avail).

Madison.com reported that Michels says he “spent the bulk of my time in Wisconsin” and blamed “special interests in Madison” for the Wisconsin Right Now report, “though he didn’t clarify how much time he spent in or out of the state.”

It’s unclear which “special interests in Madison” Michels is referring to. Wisconsin Right Now is the state’s most popular conservative news site outside talk radio.

Michels spoke about the subway project to the Milwaukee Journal Sentinel.

“It required a lot of oversight — you know, I pretty much had to live out there,” he told the Journal Sentinel. “And the whole family decided that we all wanted to go and stay together. So there was a good chunk of a four-year period that the project was going on that we were all living in New York.”

To O’Donnell, he stressed, “I have nothing to hide. I think the people deserve to hear answers and always be told the truth.” We would note that we sent Michels’ campaign a series of questions about the Connecticut and New York homes on April 24 but never heard back. We then asked the campaign when we would be getting a response, and again we did not hear back.

“We had a big project in New York,” explained Michels. He said that his “primary residence” was Waukesha County in Hartland, where he has lived for the past 14 years, and Oconomowoc before that.

Asked whether his three children graduated from high school in Connecticut and New York, Michels said, “They did, and here’s why.”

He then went into a lengthy discussion of the Michels’ bidding process for the large tunnel project in Manhattan.

“I told my brother I’m going to shepherd this one,” he said. He said that he spoke to his wife and said, “Honey, there’s a big project in New York. I need to spent a lot of time out there. She said, ‘We want to support you, let’s all go.’ The whole family ended up supporting me while we were in New York.”

He said his daughter was a senior in high school and was “doing great.” They did not want to move back to Wisconsin to disrupt her senior year.

However, their daughter graduated from high school in 2019, and the family purchased the Connecticut home the following year. Michels’ youngest son then attended high school in Greenwich, Connecticut, graduating in 2021. They still own the home.

Michels said that his son is a competitive sailor. He criticized Wisconsin Right Now for referring to his son’s athletic activities as “yachting,” saying that he chuckled because his son has a 16-foot, two-person boat “like you see in the Olympics.” He said his son was a top college recruit in sailing.

We did not choose the word yacht out of the blue. The son was listed as a skipper for the LISOT Yacht Club in 2019 as part of the Indian Harbor Yacht Club’s I-420 Atlantic Coast Championships. His boat is listed under “yacht info.” See below:

“Life brings circumstances and you just roll with them,” said Michels. He said he did the right thing for his family and company and claimed he has “always been a Wisconsin resident” who goes “where duty calls.”

O’Donnell mentioned that the subway project ended in 2016, six years ago, and said, “you bought your house in Connecticut. It seems to me the intention was to domicile.”

Michels said the company “picked up” a large bridge project in Brooklyn after the subway  that ended “about three years ago.” He said he “goes where the action is.”

In 2015, when the tunnel project was at its “very peak,” he paid New York taxes. He admitted, “I was not happy about it. One year I did get snagged in New York for spending too many days out there. I did the right thing.”

He said his kids’ friends “are back here, their hearts are back in Wisconsin,” and he accused critics of “playing politics.”

He said he voted “all of the time” in Wisconsin during the last 10 years, indicating he had “never categorized myself as a New York resident to anybody.” He said he voted absentee a couple times, but it was an early voting situation. “I’ve never dropped a ballot in the mail from any other state,” he said.

Asked why he did not answer questions or be “more forthright” when Wisconsin Right Now inquired about these matters on April 24, he said, “We were not ducking anything. We’ve been very busy. We announced a week ago.”