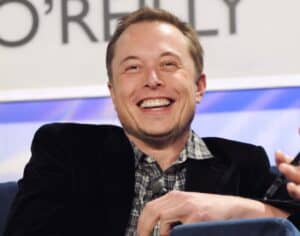 “Free speech is the bedrock of a functioning democracy, and Twitter is the digital town square where matters vital to the future of humanity are debated,” Musk said in a statement after Monday’s agreement was reached. “I also want to make Twitter better than ever by enhancing the product with new features, making the algorithms open source to increase trust, defeating the spam bots and authenticating all humans. Twitter has tremendous potential – I look forward to working with the company and the community of users to unlock it.”

Eon Musk will pay $54.20 per share in the deal, which was unanimously approved by the Twitter Board of Directors.

Twitter has been mired in accusations of censorship for years, earning particular scorn from conservatives for banning President Donald Trump from the platform.

The company went public in 2013, but will go private under Musk.

Leading up to Monday’s deal, the Tesla CEO had been buying Twitter shares since the end of January, according to an SEC filing. According to the filing, Musk owned 9.1% of Twitter before he offered to by all of it. Musk initially faced resistance from some members of Twitter’s board.

In his SEC filing, Musk included a letter to Bret Taylor, chairman of the board of Twitter, stating, “I invested in Twitter as I believe in its potential to be the platform for free speech around the globe, and I believe free speech is a societal imperative for a functioning democracy.

“However, since making my investment I now realize the company will neither thrive nor serve this societal imperative in its current form. Twitter needs to be transformed as a private company.”

The Center Square
Go to Source
Reposted with permission