How Much Food Costs in Minnesota, Compared to the Nation 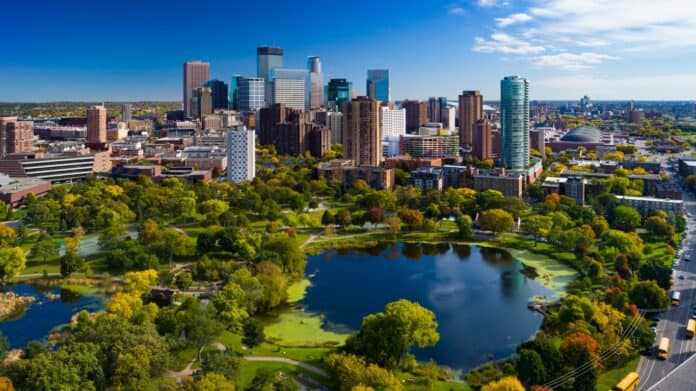 Inflation is surging in the United States – in large part because of rising food prices. In cities across the country, food today is 8% more expensive on average than it was a year ago, and American families are feeling the pinch.

According to the Economic Policy Institute, a nonprofit think tank, a family of four – two adults and two children – can expect to pay an estimated $9,835 on food in 2022. This amount varies across the country, however.

In Minnesota, a family of four can expect to spend an average of $9,936 on food in 2022, the 19th highest amount among states, according to the EPI’s Family Budget Calculator. This amount assumes a nutritionally adequate diet for two adults and two children where almost all food is bought at a grocery store and prepared at home.

Minnesota residents are less likely to rely on government assistance to afford groceries than the typical American. An estimated 8.4% of the state population rely on SNAP benefits, formerly known as food stamps, compared to the 12.1% national SNAP recipiency rate.