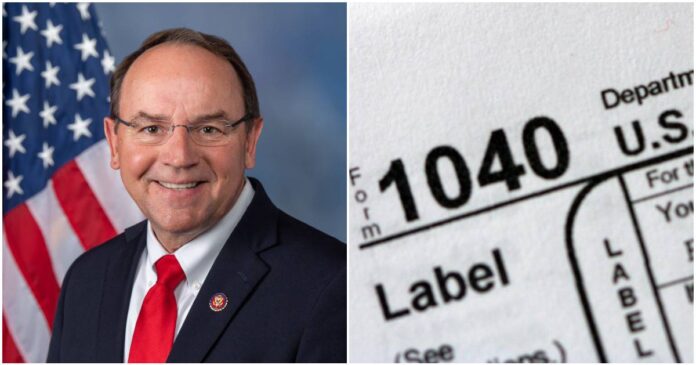 While Tax Day comes and goes every year with little fanfare, this April, Wisconsin families will face something they haven’t seen in several decades: a hidden tax.

Wisconsinites are used to the state and federal government taking a chunk out of their paychecks every pay period. Unfortunately, wasteful spending in Washington and policies that call on Congress to inject even more money into our fragile economy have created a perfect storm that has resulted in record inflation that affects all Americans.

Last month, the Marquette University law poll revealed nearly 70% of people are very concerned about inflation. President Joe Biden‘s attempts to dodge blame for rising prices continue to be a moving target for the administration. First, Biden claimed inflation was transitory before admitting that it was not. He then tried to blame the rise of costs on blocked supply chains but conveniently left out that Pete Buttigieg and his administration were to blame. Then, he sought to blame skyrocketing fuel costs on the corporate greed of oil producers before finally landing on Vladimir Putin.

From the very moment, Biden took the oath of office, the cost of goods and services rose across the board. Just look at gas prices. In November 2020, the average gas price in Wisconsin was under $2.00 a gallon. In March 2022, gas prices were over $4.00 a gallon. The cost of gas didn’t double overnight. Biden’s Gas Hike is responsible for the additional $2,000 a year Wisconsinites are now paying for gas. How does a family budget afford that? Simple, it can’t.

Unfortunately, gas prices aren’t the only thing for which Wisconsinites must account. Every month, the Bureau of Labor Statistics paints a picture of how dire the situation has gotten for Wisconsin families. From March 2021 to 2022, consumer prices rose 8.5 percent, the highest it’s been in 40-years. With rising grocery store prices further impacted by rising fuel costs, families are now paying an additional $439 a month.

While some people’s incomes may have risen. Biden’s inflation crisis is driving up the price of goods from small shops in Wausau to grocery stores in Superior. The next effect, paychecks have gone down by 2.7 percent.

It’s beyond frustrating for folks in Wisconsin that anyone could see spending more taxpayer dollars and relying on more foreign oil as solutions to help Americans pay the bills.

So, while our family, friends, and neighbors in Wisconsin lose more of our hard-earned paychecks to Biden’s taxes, hidden or otherwise, I ask the president to reverse course on his destructive policies. Americans are being harmed; Biden needs to offer real solutions and fewer taxes.

Congressman Tom Tiffany represents the 7th Congressional District of Wisconsin. Rep. Tiffany was elected in May 2020 in a special election for the seat.

Prior to his election to Congress, Rep. Tiffany served in the Wisconsin State Assembly and State Senate for the 12th District. He was a member of the Joint Finance Committee, which is responsible for the state’s budget and served as chairman of the Senate Committee on Sporting, Heritage, Mining, and Forestry. During his time in the state legislature, Rep. Tiffany worked to cut taxes, increase job creation, defend the rights of the unborn, and protect 2nd Amendment rights.