In the Midst of Election Night Success, There are Concerns for November 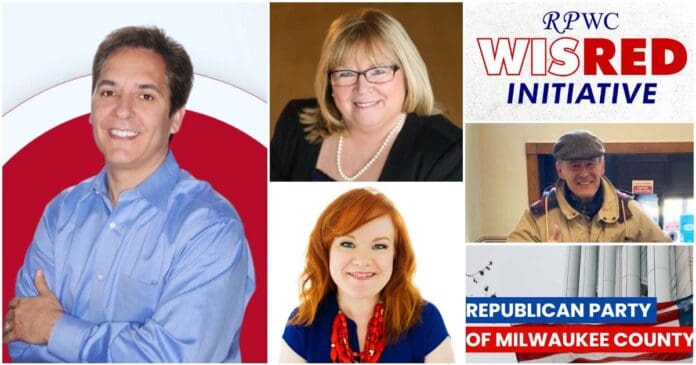 The Spring election cycle proved to be a resounding ‘red wave’ for Wisconsin Conservatives. April 6th, 2022 could go down in history as the moment when Wisconsin turned the tide against the draconian Left-wing, WOKE indoctrination of our public schools and local governments.

While we should be elated, it’s time for a reality check.

Yes, ordinary people engaged, ran for office, and fought back. Southeast Wisconsin elected a Conservative to the State Court of Appeals and even saw Kenosha County elect their first woman and Republican County Executive, ever.

We saw cities like Cedarburg, Brookfield, New Berlin, Menomonee Falls, and Waukesha rip their school boards right out of the very clutches of the WOKE left, and in most cases, it wasn’t even close.

In Waukesha County, the WisRed initiative led by Terry Dittrich and Chris Slinker won over 150 of their 173 endorsed races.

All this success last night and things look amazing for the November elections. Right?

We reclaimed what was ours, we did not gain anywhere new, except in Kenosha.

There remains a dismal cloud of failure over Milwaukee County by producing some of the worst numbers in the state.

While WisRed and the Waukesha GOP surely set the standard for success, the Milwaukee County GOP showed us the precise recipe for failure. The county party did nearly NOTHING to recruit, engage with, and help local candidates.

Sure, there were some shining moments when the city of West Allis shot down another boondoggle school referendum, and at the county level, incumbent Milwaukee County Supervisor, Patti Logsdon, won but came dangerously close to losing.

The Milwaukee County GOP barely sent out one email and made one Facebook post on who to vote for…and there were only eight people on that list, eight!

Obviously, Bob Donovan was at the top of that list, but barely got any help from the Milwaukee County GOP. They donated $1500, that’s all. In a real campaign, the local party would have provided the infrastructure for the campaign, like the Democrats did with Chevy Johnson.

This was a squandered opportunity to find new or disgruntled voters, especially in the City of Milwaukee where crime is running rampant and people are longing for leadership.

At the county level, Patti Logsdon, the only conservative on the Milwaukee County Board, was begging for help with her campaign. She got nothing. To make things worse, they didn’t say a word about Deanna Alexander’s write-in campaign.

The City of Wauwatosa saw significant losses to several WOKE candidates, and in some cases, it was very close. Even a little bit of help from the Milwaukee County GOP could have helped tip the scales in several races.

I lay these losses directly at the feet of the Milwaukee County GOP’s feckless ‘leader’, County Chairman, David Karst.

In a conversation I had with some prominent people, I mentioned I was writing this op-ed talking about David Karst, and their response was LITERALLY, “Who is David Karst?”

Sadly, this is not even close in comparison to the “Who is John Galt?” of Atlas Shrugged fame.

You see, losing is nothing new to David Karst, he has a long history of doing nothing and snatching defeat from the jaws of victory. Last night was just the icing on the cake.

For years now, the state party has refused to hold David Karst accountable for his lack of leadership and failure to help the “Get out the vote” in Milwaukee County. Not once have they pushed David Karst to resign.

This is not without precedent, the state party has gotten involved when they forced then St. Croix GOP Chairman, John Kraft, out of his position after he casually told his Facebook friends to prepare for war with the left, a few days after January 6. He was a very active Chairman and had the largest Trump rallies in the state. The state party turned his board against him, and he was forced to resign.

But in the case of David Karst, we got crickets, saying they do not interfere at the county level.

The state GOP literally went after an active GOP member because they were afraid of bad news coverage, yet they allowed a consistently incompetent Chairman to continue in the most populated county in the state.

To add salt to the many wounds, David Karst now wants a promotion. He is running for State Assembly in a newly drawn district. With his lack of progress, he is surely undeserving of it.

Years ago, Conservatives like Scott Walker and David Clarke could win the entire county, and now we barely get over 30%. For comparison, on election night in 2020, Trump only got about 31%.

The reality is if we do not get 38% or better in Milwaukee County, WE LOSE!  End of story. David Karst remaining will likely cost us 2022 and maybe even 2024. We must get more votes out of Milwaukee County if the Republican Gubernatorial candidate and Sen. Johnson are to win.

There is more to being a county chairman than just having a fancy title and getting to sit at the head table at Lincoln Day dinners. There is real work required and with hard work come victories.  Just look at Waukesha County, they work hard and win.

David Karst must resign and be immediately replaced before it’s too late. We have too much at stake and with republicans like Karst, who needs Democrats?

Ask yourself this, what would John Galt do?