The Issue That Can’t Be Discussed 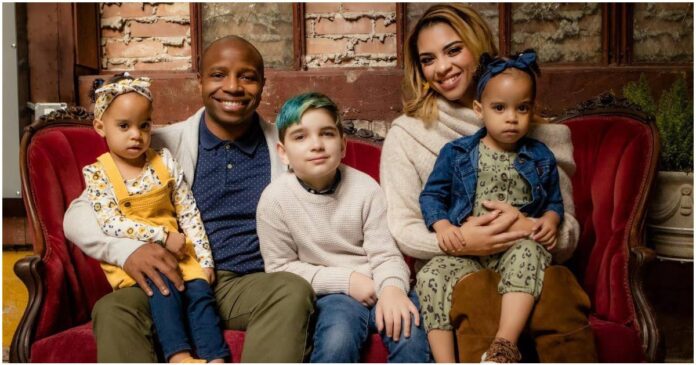 Milwaukee’s first elected Black mayor has a unique opportunity to call out the social pathology of single parenthood that plagues many Milwaukee neighborhoods.

Consider the stunning fact that Wisconsin “leads” the nation in unmarried births to Black women. In the latest year for which data are available, 84% of Black Wisconsin infants were born to single women (National Vital Statistics Reports, Volume 17, Number 70, March 7, 2022).

Why does this matter?

Does this issue appear on Cavalier Johnson’s radar?

Giving the Mayor-elect every benefit of the doubt, the city’s Blueprint for Peace, which he has endorsed, includes the following: “Blueprint planning participants emphasized the importance of strong family attachment and connections, including connection to fathers and father figures.”

The supposed importance of “fathers and father figures” gets only that brief mention and is buried deep in the Blueprint. Instead, the Blueprint more prominently stresses that the “underlying factors that contribute to violence…are deeply rooted in classism and racism.”

“[V]iolence affects the entire community [but] it takes an inequitable toll on specific neighborhoods and populations including youth, women, and people of color…[M]ultiple forms of oppression contribute to violence, and these must be acknowledged, addressed, and dismantled, including institutional racism.”

The Blueprint offers a banal word salad explanation that violence is caused, in part, by:
“LIMITED EMPLOYMENT AND ECONOMIC OPPORTUNITIES…LACK OF ACCESS TO RESOURCES…DISCONNECTEDNESS AMONG RESIDENTS AND INSTITUTIONS …LIMITED COMMUNITY- GOVERNMENT TRUST…[and] HARMFUL NORMS CREATING A CULTURE OF FEAR AND HOPE-LESSNESS.”

The common denominator of the Blueprint, and the Progressive Left in general, is victimhood. A recent article in the online, leftwing Wisconsin Examiner recounted a gathering “of hundreds” at the State Capitol as part of the Poor People’s Campaign. As reported by Isiah Holmes, “The campaign’s organizers seek to defeat five interlocking injustices of systemic racism, systemic poverty, ecological devastation, the war economy, and narratives based in religious nationalism.”

Holmes quoted an event organizer, Rev. Dr. Liz Theoharis, as follows: “We’ve been taught to blame ourselves for the problems that we’re going through and feel ashamed, instead of feeling ashamed of a system that would allow for families to lose their loved ones because of racism and mental health issues. Instead of a society that should feel ashamed for not paying its workers living wages.”

Those my age can recall the prescient and now fully vindicated warning in 1965 of Daniel Patrick Moynihan about Black families and “The Case for National Action.” An excellent summary is provided here.

Wrote Moynihan:
“[Improving] Indices of dollars of income, standards of living, and years of education [among Blacks] deceive. The fundamental problem…is that of family structure.” He wrote that the Black family structure was crumbling.

“A middle-class group has managed to save itself, but for vast numbers of the unskilled, poorly educated, city working class the fabric of conventional social relationships has all but disintegrated. So long as this situation persists, the cycle of poverty and disadvantage will continue to repeat itself.”

To grasp the magnitude of the current situation, consider that the rate of single Black parenthood — now more than 80% — was 25% when Moynihan issued his report to President Lyndon Baines Johnson.

Forty years after his report became public, the Heritage Foundation published an analysis of developments in the intervening years.

Calling out this issue if one is white can engender resentment. A quarter-century ago the Milwaukee Journal Sentinel published a commentary I wrote under this headline: “The bitter fruits of family chaos: Two-parent families crucial in saving kids from crime.”

My piece highlighted the comments of a Black Milwaukee County judge in handing down a 75-year sentence to someone who had killed a Milwaukee police officer. The judge said the defendant “clearly [was] not given a fair chance in life…certainly the hand you were dealt was unfair.” What struck me at the time was the similarity in the defendant’s background with thousands of pages of inmate files I was reviewing for a criminal justice report on who goes to prison. I found that a father rarely was present; physical violence in the home and drug abuse was common; most did not have a high school degree; and many had fathered children with one or more single women.

At the time this piece was published I was in a close working relationship with a prominent leader in the Black community. The following day while visiting his offices I encountered icy stares from various staff. My commentary clearly was not well received.

It is inconceivable that today’s highly woke current version Journal Sentinel would publish such a piece. Consider an “analysis” two years ago from Ashley Luthern, a Journal Sentinel reporter who frequently writes about urban crime and related issues.

She wrote that “researchers [at Boston University]…found one variable [segregation] that seems to explain” higher rates of violence in Black neighborhoods. A Journal Sentinel editor posted a Facebook link to Luthern’s piece under the heading: “More segregation tends to mean more violent crime.” When I questioned Luthern about her claim, she acknowledged that the “correlation” between segregation and violence did not establish causation.

To understand the newsroom narrative, consider this from a separate story by Luthern about a young victim of a drive-by, drug-related shooting. Based on a discussion with the victim’s mother, Luthern wrote:

“He loved picking out his school clothes and, as a tween, he sprayed his jeans with Argo starch before his mom ironed them flat.”

“That’s when he first caught the attention of girls — and he liked the spotlight. He flirted, knowing just what to say to bring a smile to a girl’s face. Girls became his weakness, his mom said.”

“He had his first child at age 16, then a second child with the same young woman. He later fathered four other children with three other women. [He] was involved with his children’s lives, his mother said.”

“As a young father, DeAndre went to school and worked the odd retail job. He didn’t think it was enough money. He started selling drugs.”

Where to begin? Six children by four different girls(!) And then there is the preposterous idea that he “was involved” in their lives. The grim prospects for the children of this deceased young man are have nothing to do with living in a segregated neighborhood.

Cavalier Johnson could, in a single pronouncement, dramatically change the debate. As Milwaukee’s first elected Black mayor, he has a unique bully pulpit. Will he duck this crucial issue, the one that simply can’t be discussed?