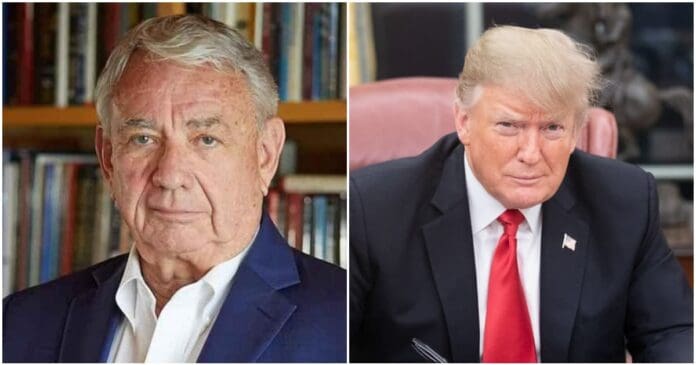 Previously, we broke the news that Rebecca Kleefisch met with Trump at Mar-a-Lago.

Thompson has said he’s considering running for governor but has not yet declared and insiders have conflicting opinions about how serious he is about the idea. Kleefisch, the former lieutenant governor under Scott Walker, is a declared candidate for governor. We heard that Thompson is down in Florida a lot anyway.

Thompson has said he will decide whether to run for governor by the end of April.

“I’m going to go skiing — snow skiing, at the end of March. And then I’m going to take the month of April, take a look at all the things that people want me to do, including the governorship,” he said in February.

Kevin Nicholson and Tim Ramthun are the other declared Republicans in the governor’s race. Nicholson is backed by Illinois billionaire Dick Uihlein, who is one of the nation’s most powerful conservative donors, and Ramthun is running a campaign focused on pushing decertification of the 2020 presidential election.

Businessmen Tim Michels and Eric Hovde are considering gubernatorial runs, according to sources.

Trump has still not endorsed anyone in the Republican primary for governor. A Trump endorsement would be a game-changer in the primary race, of course.

Bill McCoshen, who was Tommy Thompson’s chief of staff, campaign manager, and Commerce Secretary in the past, told Wisconsin Right Now previously in an exclusive interview, “He (Thompson) won’t make a final decision until he is done at UW System in late March. He’s got enormous energy and isn’t ready to retire. He’s got high name ID and high favorables. He knew what he was doing when he made the comments today. But there is a very big step between considering a statewide race and throwing your name in the ring.”

Thompson recently came out in support of expanding school choice for all.

Earlier in the year, Trump dropped a grenade into the middle of the Wisconsin governor’s race when he openly urged former Congressman Sean Duffy to run for governor against Democrat Tony Evers. That was perceived in some corners as a sign that he wasn’t sold on Kleefisch. However, Duffy then announced that he would not be running. Another source indicated that some believe Trump wants to meet with all of the candidates and said that he meets with candidates all over the country a lot.

Thompson, an iconic figure in Wisconsin, served as governor from 1987 until 2001. We’ve seen him speak recently at a school choice event, and he retains his signature energy and enthusiasm for the state. At the same time, were he to run for governor, it is left to be seen whether he would be in step with the current conservative movement, including Trump voters. His current repudiation of prisons and incarceration and comments he’s made praising Tony Evers and on masks as UW System president could also pose a primary problem. At the same time, he clearly enjoys widespread name ID and could appeal to independents needed to win.

Thompson is 80-years-old. He will be 81 shortly after the November election.

It’s not clear what Tommy and Trump talked about.

Trump, if he runs in 2024, which many believe he will, has a stake in the outcome of the governor’s race because a strong pro-Trump Republican in the Wisconsin governor’s mansion could help him win the battleground state.

In 2018, the former governor called Trump a “bully,” but also said he supports Trump’s policies.

During a panel discussion, Thompson said “he supports Trump’s ideas,” the Milwaukee Journal Sentinel reported but didn’t like how Trump communicates, saying that Trump should “throw the tweet out the window” and “take a Dale Carnegie course on public diplomacy.” He added, according to that newspaper article, “He’s a bully, and the president should not be a bully.”

In February 2021, Thompson called Evers “an outstanding governor, an individual who is doing a wonderful job for the State of Wisconsin.” He said he pushed for a massive increase for the UW System and thanked Evers for his budget and leadership. The video was shared months ago by the Democratic Party of Wisconsin. See the video here.