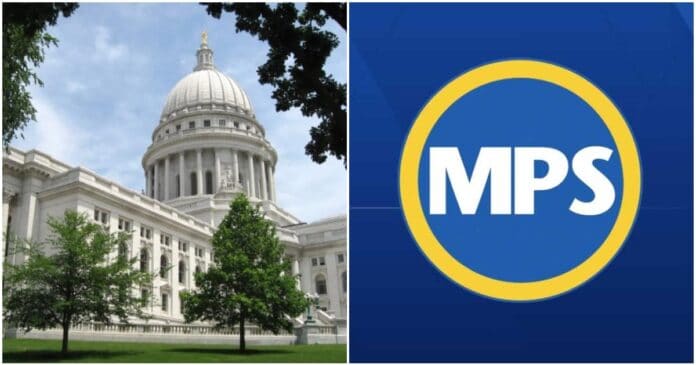 Why would Republicans think eight Milwaukee school boards is a good idea?

Republicans need to kill the bill, and they should do it now before it galvanizes education freedom opponents, provides cover for the media to trash reform, and robs universal school choice of momentum at a critical time.

To be sure, MPS is broken. It’s failing Milwaukee kids. This story has been known for years, but it’s worsened exponentially during the pandemic. There are great racial disparities between kids who received the benefits of in-person schooling and those robbed of it.

MacIver Institute recently presented some shocking statistics, per DPI: Only 4.2% of MPS students scored proficient or better in Math on the Forward exams last year (grades 3-8). For English, the percentage is 7.3%, for Science, it’s 8.9%, and for Social Science, it’s 7.2%.

We called Republican Senator Alberta Darling’s office and asked her staff members some tough questions about the breakup bill before writing this article. They said she was trying to provoke a conversation about MPS when she proposed it because the status quo is not working. We concede that her motivations are in the right place. We just don’t think this is the right way to have that conversation, and it’s not the right time.

There’s a better way to help kids in public schools than replicating a failed experiment. It’s called universal school choice, which gives power to parents, rather than creating more bureaucrats, as the MPS breakup bill does. It has more crossover appeal, and it would be tougher for Gov. Tony Evers to veto (his instinct would surely be to do so, but he would likely pay a price at the ballot box in November).

Tommy Thompson, who recently advocated for school choice for all, was right when he said school choice lifts all boats, public schools included. That’s what competition inspires. That’s what the free market does. Although he once floated the MPS breakup idea years ago, today he sidesteps the question.

Some legislators and education activists are diverting attention from universal school choice at a critical time by simultaneously pushing the more controversial MPS break-up. They’re different bills, but they were proposed around the same time. Now the break-up bill is all the media want to talk about (of course).

Breaking MPS into 4-8 districts would likely create a mess. Republicans would have to own that mess for some time.

Alan Borsuk warned in the Milwaukee Journal Sentinel, “Sometimes it’s called the Pottery Barn Rule: Break it and you own it. But it’s one thing to apply that to ceramic items dropped in a store. It’s another to apply it to a big and troubled public school district. Put it this way: Do Wisconsin Republicans really want to own Milwaukee Public Schools?”

We don’t often agree with the Milwaukee Journal Sentinel, but on Borsuk’s point here, we do.

The answer is no. They shouldn’t.

As Borsuk noted, in the late 1980s, the school board approved a plan “to create six districts within MPS…The reality: six ineffective bureaucracies and a big mess. The plan had a deservedly short life.”

Now Republicans want to create as many as eight.

What is Universal School Choice?

4. It would create multiple transportation, food service, and administrative systems.

Imagine the cost. It’s taking something not working and replicating it eight times. Adding more administrative bloat (and there’s no guarantee they would be good administrators), doesn’t tackle the biggest problems in the district, like those low testing numbers.

Furthermore, although observers say the framework being proposed by MPS hasn’t really been tried elsewhere, one study, by Minter Hoxby, found that breaking large urban districts into smaller ones did not improve achievement for blacks, Hispanics, females, and students who don’t have a parent with a high school education – in other words, the groups most likely to be left behind now. Students who were already “relatively advantaged” benefited most. More competition among public schools resulted in lower spending per-pupil and larger classes, the article found.

In 2007, Pinellas County, Florida, tried to carve out a “neighborhood schools system that kept students close to home.” It was a complete disaster. Student achievement plummeted and poor and black students were isolated into their own districts. Teachers fled.

Other examples in which smaller districts broke away from larger ones have led to wealth inequities. Another Republican legislative venture, an Opportunity Schools effort to create a different governmental structure for MPS, failed abysmally.

Those experiences are somewhat different. But they bring warning signs.

Effective July 1, 2024, the MPS breakup bill would dissolve the Milwaukee Public Schools (MPS) and create “in its place four to eight city of Milwaukee public school districts,” the bill confirms.

Sure that might saddle them politically with MPS’s problems. But it won’t help kids. Worse, they’d likely make decisions that would harm school kids more. Imagine the scenario with the current “leaders.” Decisions made by Evers, uber WEAC defender Jill Underly, and Acting Mayor Cavalier Johnson, and their appointees. Just great!

When did solving a problem by creating a “commission” ever do anything (think: “Wisconsin Election Commission” or “Milwaukee Office of Violence Prevention”)? This one would be called the “Milwaukee Public Schools Redistricting and Implementation Commission.”

Some of these details don’t seem to have been considered yet.

The Bill Grandfathers in ALL Existing Employees

Another major problem embedded in the breakup bill: It grandfathers in ALL existing employees.

The Legislative Reference Bureau memo on the MPS breakup bill says that it: “Ensure[s] that employees of MPS prior to its dissolution are employed by one of the new school districts after the dissolution of MPS.” If MPS is such a mess, why keep all of its employees?

“The bill directs the Department of Public Instruction to provide staff support
and funding to the commission and to assist each new school district created under
the bill,” the legislation says. In other words: More costs to taxpayers.

Even an analysis that supports breaking up mega districts acknowledges, “Clearly, as a practical matter, this would be no simple task. One would have to confront how to handle accrued bonded indebtedness associated with the existing mega-district. One would have to address whether to retain city-wide specialty schools, including academically selective ones. And the drawing of district lines would have to be done in a manner mindful of socioeconomic difference, so as not to create clusters of especially disadvantaged students.”

That article focuses on unions, arguing that its harder for them to organize strikes with many smaller districts. However, since the employees would be grandfathered in, they’d presumably still be members of teachers’ unions if they are now. It could be argued that smaller districts would be easier to organize too.

We witnessed at a recent north side Milwaukee mayoral forum, An African-American woman stand up and – incorrectly – express anger that Republicans in the Legislature were trying to “abolish” MPS. A legislator set the woman straight; no one is trying to abolish MPS. But that’s how people perceive it.

It saddles the Republican gubernatorial candidates with unnecessary controversy.

Some have falsely stated that a recent poll found that 77% of MPS parents wanted to reform MPS by breaking it into a number of smaller school districts. It didn’t. We’ve reviewed the polling question. The poll did not ask whether residents supported breaking MPS into smaller pieces.

In contrast, universal school choice is an idea that crosses partisan lines. There is great momentum for the concept – and for educational freedom – in general. Just look at what happened when the choice application went live on the DPI website; it crashed it. There is a Great Parent Awakening in Wisconsin and elsewhere.

It’s the better idea to back.

It’s the perfect storm of a moment, and universal school choice looks like an idea that can cross political lines, benefit from the groundswell of new parental activism in this state, and, thus, it could actually get done. Evers would veto such an idea at his own electoral peril.

The breakup bill, however, has sucked the life out of that momentum and shifted the debate toward an idea that is likely to upset or confuse many parents and mobilize the opposition. It’s being seized on by opponents to discredit the rest.