Bob Gets Through! Bob Donovan to Face Cavalier Johnson in Milwaukee Mayor’s Race 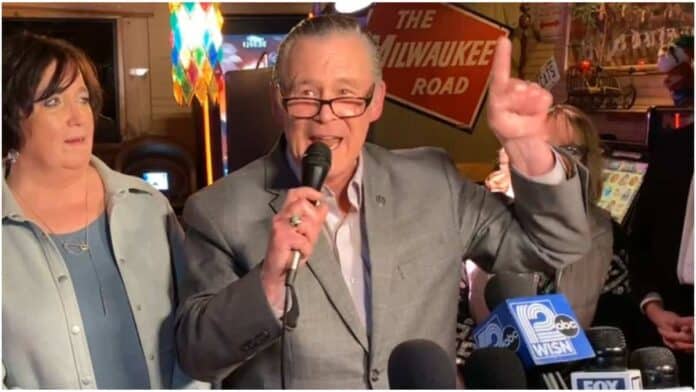 Milwaukee Alderman Bob Donovan, who has run a public safety-focused campaign in a city dealing with skyrocketing violent crime, will face Acting Mayor Cavalier Johnson in the Milwaukee mayor’s race.

“As mayor, I will fight for all of us,” Donovan said in his victory speech, saying he worked outside the box, forging partnerships with the faith and business communities when he was an alderman. He said he developed a record of “getting things done.”

If given the opportunity to be mayor, Donovan said, “I pledge to you. We will get this done, and get this city headed in the right direction.” He said that Johnson spent half a million dollars in the primary, outspending him 10-1. He said Johnson has the support of big-money special interests, but he said, “Who will elect the next mayor? Money or the people? I am counting on the people.”

According to Fox 6, with 95% of precincts reporting, Donovan was second, with 28% of the vote. Johnson, who was boosted by heavy advertising spending from a shadowy outside group, had 37%. WISN-TV had similar numbers.

It will be a contrast between a candidate, Donovan, who is a supporter of boosting community policing and restoring the strength of a depleted Milwaukee Police Department, and Johnson, who told Wisconsin Right Now he doesn’t support increasing the number of officers on the force, even thought the city is, again, on pace to record historic homicide numbers.

At a recent mayoral forum, Johnson also faced blistering criticism from inner city pastors, who feel their churches are unfairly taxes by the city, and from a constituent, who felt he did not hear her concerns when her house was shot up.

In another contrast, Donovan told Wisconsin Right Now that he is a supporter of school choice.

The top two vote getters go on to the general election. Although 5% of the votes were still to be counted, the third place finisher was pretty far away; that would be Lena Taylor, with 13%. Ald. Marina Dimitrijevic was fourth with 12%. The other candidates were trailing far behind.