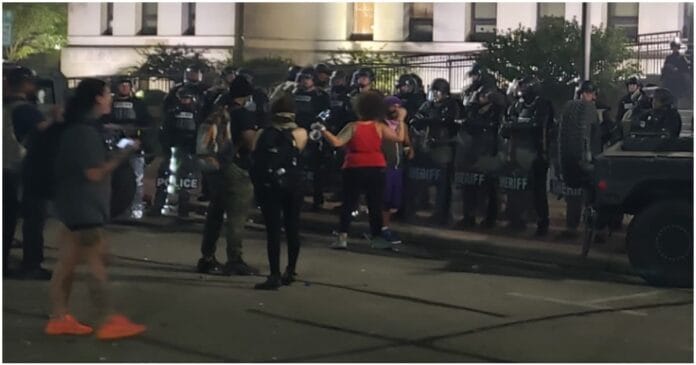 Nearly 12% of law enforcement officers were assaulted while on duty in 2020, according to annual state-level data collected by the FBI. Alaska reported the greatest percentage, California the greatest number.

A total of 60,105 officers were assaulted nationwide, with the overwhelming majority assaulted, and injured, by assailants’ hands and feet.

Nationwide, 26% of assaults in 2020 involved a deadly weapon that wasn’t a firearm; 5% involved a firearm.

California and Texas had the greatest number of officers shot in 2020: 379 and 300, respectively – less than half of one percent of their entire force.

The report was based on the most recently available data from 2020 on 505,212 officers, or 72.5% of all police officers nationwide.

The two largest states, Alaska (by area) and California (by population) reported the greatest percentage and number of assaults, respectively. Nearly two-thirds of Alaska’s officers, 813 out of 1,259, 64.6%, were assaulted, according to the data. While California reported a far lower percentage of its officers being assaulted – 16.2% compared to Alaska’s – far more California officers were assaulted, 11,599 out of a total force of 71,668.

“If you break the assaults down by region, the West had the highest rate in the country at 18%,” Christian Worstell, author of a new HelpAdvisor study that analyzed the FBI data, said.

However, the states with the largest populations, California, Texas and Florida, which have the most police officers, also reported the greatest number assaulted.

Florida had the second-greatest number of law enforcement officers assaulted while on the job of 5,711. Of a total force of 41,898 in 2020, those assaulted account for 13.6% of total officers.

Assault data pertains to weapons used by offenders that could have caused injury or death of an officer.

The majority of officers were assaulted by assailants’ hands or feet, 73.9%, meaning they were likely hit, punched or kicked. Roughly one-quarter of these assaults resulted in injury.

The next greatest percentage, 19.6%, were assaulted with a dangerous weapon that wasn’t a firearm.

About 4.6% were assaulted with a firearm; and about 2% with a knife or other cutting instrument.

The next greatest percentage of those injured while assaulted, 16.8%, were assigned to other duties, followed by those assigned to a two-deputy patrol vehicle, 16.2%, and those performing detective duties or special assignments, 3.6%.

The majority of officers assaulted weren’t injured, but 31% were. Among them, 25.8% were injured by assailants’ hands and feet; 16.8% by a dangerous weapon other than a firearm, 9.7% by a knife or cutting instrument, and 6.1% by a firearm.

Not every law enforcement agency reported assault data to the FBI; nine states with limited statistical data were excluded from the report.