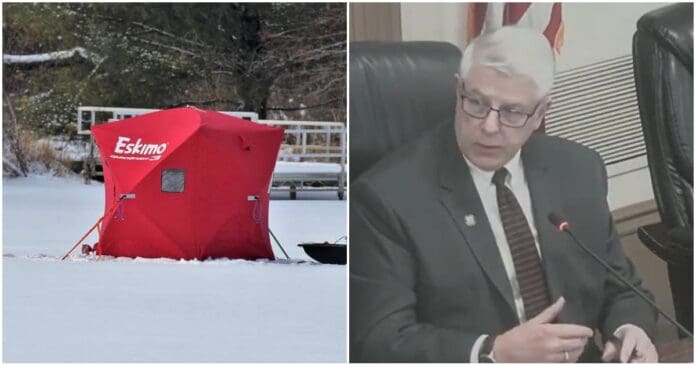 Hudson, Ohio Mayor Craig Shubert raised eyebrows and drew laughter during a city council meeting when he suggested that allowing ice fishing could lead to prostitution.

During the meeting Tuesday, on the topic of whether to allow ice fishing in public parks, City Council President Chris Foster reported that  “a number of residents” have requested permission to ice fish on Hudson Springs Lake. However, some city officials are concerned the city could be liable if someone fell through the ice.

Mayor Shubert then responded, “If you open this up to ice fishing, which while on the surface, it sounds good, then what happens next year? Does somebody come back and say, ‘I want an ice shanty in Hudson Springs Park for X amount of time?'” Shubert stated. “And if you then allow ice fishing with shanties, then that leads to another problem: prostitution. And now you have the police chief of the police department involved. Just some data points to consider.”

The Mayor’s comment initially resulted in silence before council member Chris Banweg said, “that’s why I’m not in favor of shanties.”