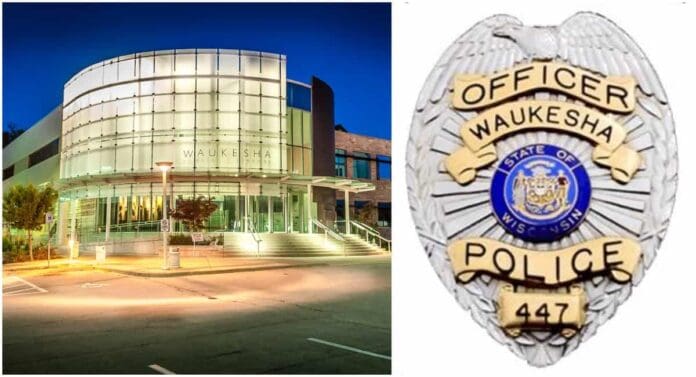 A 14-year-old boy carjacked and sexually assaulted an 87-year-old female at knifepoint while she was returning books to the Waukesha Public Library located at 321 Wisconsin Ave., Waukesha, sources have told WRN.

The suspect, who is from Waukesha, is related to a prominent mayoral candidate from Milwaukee, WRN has learned. “He has looked up to his uncle who is in politics his whole entire life inspiring to be just like him,” the boy’s mother wrote on Facebook on Dec. 5, trying to raise money through a cash app for his defense. The boy is friends with the mayoral candidate on Facebook.

“My son came into a group of young men who he thought were his friends and talked him into doing something that he should’ve had a mind-frame strong enough to know it was a terrible decision and now the county is declared him a menace to society,” she wrote.

Capt. Dan Baumann did confirm for WRN that the suspect is 14, the victim is 87, and she was sexually assaulted at knifepoint. “This incident is sad and disgusting, but I’m very mindful of the privacy issues surrounding with both victim and suspect,” he said, declining to give further details. We obtained that information from sources.

Sources tell WRN that the suspect took the woman at knifepoint from the book return area of the library on Tuesday Nov. 30, 2021, and forced her back to her car.  The suspect drove around while forcing the woman to perform sex acts on him.

We have his name but are not publishing it (or the name of the mayoral candidate as a result) until he is charged. It is yet to be seen whether he will be charged as an adult; nothing comes up in CCAP under his name.

Per Chap. 938, Wis. Stats. the District Attorney can petition the juvenile court to waive its jurisdiction and have the child tried in adult court if the juvenile is at least 14 years old and is alleged to have committed felony murder, reckless homicide, sexual assault, hostage-taking, kidnapping, armed robbery, aggravated burglary, manufacturing or distribution of a controlled substance, or participation in gang activity.

One of our sources claimed some in the system are worried about “BLM outrage” if the boy, who is black, is charged as an adult. However, we’ve also learned that Waukesha police want him charged as an adult. That decision will ultimately be made by Waukesha County District Attorney Sue Opper’s office.

The Les Paul Middle School resource officer observed the elderly woman in distress in the parking lot and went out to talk with her. The woman was trying to wave down the officer’s empty squad. The school is located at 325 Carroll Street. We first received a tip about the attack from a person who didn’t believe the school was very transparent with parents about what exactly happened.
The suspect was located by police in the victim’s car a short time later and was taken into custody. Sources said police executed a search warrant on the suspect’s home and recovered the victim’s items from the home.
We requested comment from Waukesha County DA Susan Opper and from the mayoral candidate. We will update the story if they respond.
Share
Facebook
Twitter
Pinterest
WhatsApp
Previous articleMandela Barnes Tried to Eliminate Cash Bail
Next articleYamahiro Didn’t Want Only a ‘Career Prosecutor,’ Picks 2 Dem Lawyers to Review Mensah Case