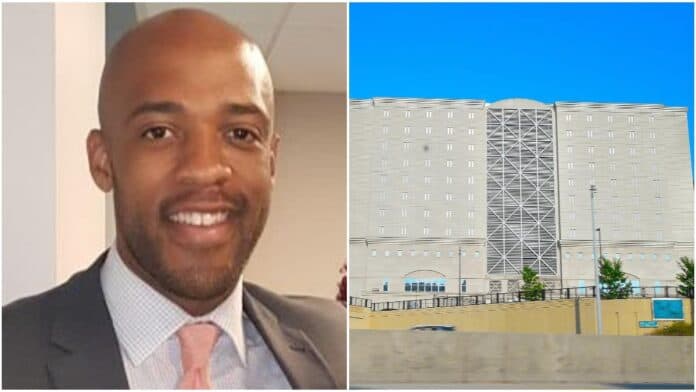 This comes as Barnes is already under fire for his “defund the police” ties after he called Socialist Squad member Ilhan Omar “brilliant” and celebrated his birthday alongside far-left activists who have compared law enforcement to Nazis and supported rioters. In light of the horrific tragedy in Waukesha, where the alleged attacker was a violent repeat offender released on just $1,000 bail, does Barnes still stand by this dangerous policy proposal that would allow more criminals on the streets and endanger Wisconsin families?

Read more from the Washington Free Beacon below:

The Democratic frontrunner in Wisconsin’s Senate race sponsored a bill that would have ended cash bail and barred courts from using the severity of a defendant’s crimes to argue against their release.

As a state legislator in 2016, Mandela Barnes introduced legislation to eliminate “monetary bail as a condition of release for a defendant charged with” a crime. Instead of setting bail, Wisconsin courts would be “required to release a defendant before trial” unless they found “by clear and convincing evidence” that the defendant would “cause serious bodily harm to a member of the community” if released. Under the bill, however, courts could not “use the nature, number, and gravity” of the crimes in question as the sole reason to keep someone behind bars, severely limiting prosecutors’ ability to argue that the defendant would be a risk to the community.

Barnes’s bill—which died in committee—came years after Milwaukee County district attorney John Chisholm espoused similar views in his inaugural campaign. Those views have faced renewed criticism in Wisconsin after Chisholm set what he later called an “inappropriately low” bail amount in the case of Darrell Brooks, who allegedly killed six people in a Christmas parade rampage just weeks after a domestic violence arrest. Chisholm, who in 2007 “guaranteed” his policies would put murderers back on the streets, let Brooks walk on $1,000 bail days before the parade tragedy.

Months later, Barnes received an endorsement from the Center for Popular Democracy (CPD), a liberal activist group at the center of the movement to defund police. Barnes headlined a November CPD event to thank the group for its support, saying he was “very honored” to land its endorsement given its “amazing work … in states all across the country.” CPD organized a number of “defund police” rallies in the summer of 2020, which the group says played a direct role in local officials’ decisions to cut tens of millions of dollars from their police budgets. CPD also sponsors DefundPolice.org, a “comprehensive web resource where organizers can find everything they need for their campaign to defund police in one place.”