Darrell Brooks Had Georgia Arrest, Nevada Warrant While Out on Milwaukee Bail 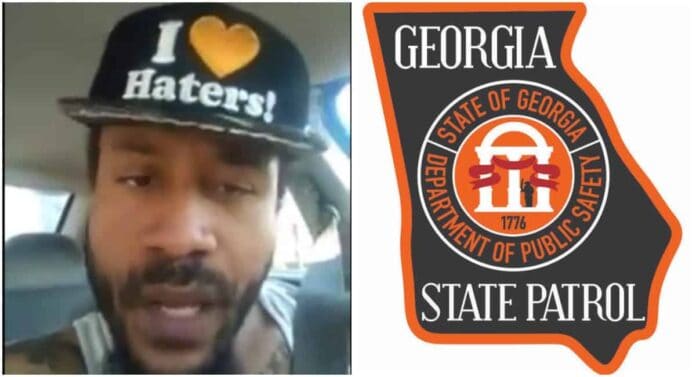 Serious felony charges didn’t keep him in jail and a “congested” court system delayed trial. Now it turns out that Darrell Brooks got in trouble in Georgia but remained out on $500 bail from Milwaukee County.

It keeps getting worse. It turns out that Waukesha parade suspect Darrell Brooks was arrested in Georgia for battery (family violence) in May 2021 – WHILE he was out on $500 in a Milwaukee felony shooting case.

Yet nothing happened to him here; in fact, even after he was accused of a new felony in Milwaukee County a few days before the Waukesha parade attack – for running a woman over in a gas station – Brooks was released again, this time on $1,000 bail.

That’s not all. It turns out that Brooks was also wanted on an active warrant out of Nevada since 2016 for being a non-compliant registered sex offender.

Both of these revelations came up in court on Nov. 23, 2021, as District Attorney Sue Opper argued successfully for a $5 million bail against Brooks. The court commissioner, Kevin Costello, granted the bail request.

“There are not words to describe the risks this defendant presents to our community,” Opper said in court.

Costello said that Brooks received “smallish bails” despite having a criminal background in “multiple states, including violent offenses and the pending cases. He said that Brooks “doesn’t follow the rules, the orders of society.”

But there’s mounting evidence that the court system failed in its mandate to protect public safety by repeatedly releasing Brooks, and it doesn’t seem like different states are talking to each other.

Opper said she’s not sure whether Brooks was convicted in the Georgia case, although he told a jail official he spent six months in jail. However, Wisconsin court records show he was still appearing in court on his pending 2020 felony case in Milwaukee County in June 2021.

Milwaukee County’s backlogged court system is responsible for the man in custody in the Waukesha parade massacre remaining on the streets more than a year after he was charged with serious felonies, including a gun offense, Wisconsin Right Now previously reported.

Darrell Brooks has two open felony cases in Milwaukee County and a lengthy string of criminal arrests across multiple counties and states. He also has a social media history with posts about BLM and against Scott Walker and other politicians. He also had anti-police rhetoric. This thread rounds up the posts, which are now deleted.

He is an admitted child sex trafficker. pic.twitter.com/h1O7Ef8Xr6

Read the criminal complaints here for both open cases in Milwaukee County here:

He’s a 39-year-old felon from Milwaukee County, and the Milwaukee Court system suspended his speedy trial rights due to “court congestion,” releasing him on $500 bail even though he was facing serious weapons and other felony charges.

In his most recent case, court records accuse him of trying to run a woman over in a gas station parking lot following an argument.

Then, even though he was socked with a string of new felony charges, he was released again – on $1,000 bail – three days before the parade massacre.

Just hours after the parade attack, WRN’s Jim Piwowarczyk went to his Milwaukee north-side home listed on CCAP and found two MPD squads there. A red Ford Escape appears on a Google Maps photo for that home and in one of his rap music videos.

The ramification? People accused of very serious crimes are remaining on the streets to re-offend. One of them: Brooks.

On social media, he showed animus toward police and Republicans like Scott Walker and posted unhappiness about the Kyle Rittenhouse verdict and George Floyd death. He also quoted Malcolm X. The motive hasn’t been released.

The City of Waukesha says a red Ford Escape drove through the crowds in the beloved Christmas parade, injuring 60 people, including 12 kids, and killing six people.

In June, 2021, the court records contain this passage (our bold), “Matter scheduled for Jury Trial. Parties are ready to proceed. Due to court congestion, Court is unable to hear jury trial at this time. Defense counsel advises Court that there is a new offer and requests a plea hearing date. Case adjourned, Br. 46. Plea hearing scheduled for August 31, 2021 at 09:15 am.”

In February 2021, this entry: “Case set for Status as to Jury Trial. The Court is in jury trial on another matter and makes a record of the history of this case. Due to reasons stated on the record, the court is unable to honor the speedy trial demand in this case. Defense bail motion argued and GRANTED by the Court. The Court lowered cash bail to $500.00. All previous conditions remain. The court TOLLED TIME LIMITS until next court date. Case adjourned, Branch 46.”

His past record consists of bail jumping, marijuana offenses (including felonies), obstructing an officer, and substantial battery. He is a felon.

There is a Darrell Edward Brooks with the same year of birth who is a registered sex offender in Nevada, but it was not immediately clear without a full DOB whether it was the same person. However, he appears to admit to this in a video, saying the victim was 16.

It shows these arrests. Many cases were dismissed.

Battery – family violence. May 2021. Unclear whether he was convicted.

He is a registered sex offender who is not compliant with the registry.