DA John Chisholm ‘Guaranteed’ His Diversion Approach Would ‘Kill Somebody’ 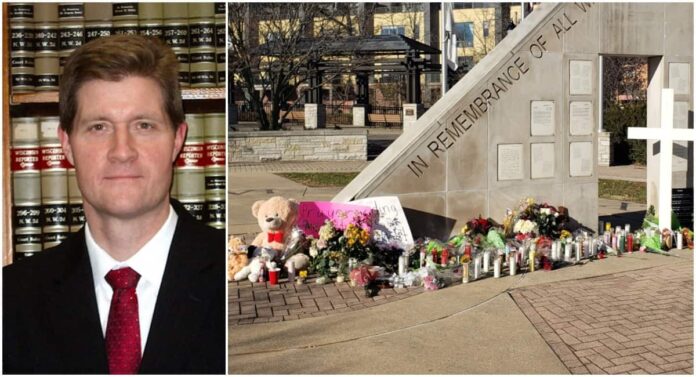 “Is there going to be an individual I divert, or I put into treatment program, who’s going to go out and kill somebody?” – Milwaukee County DA John Chisholm

Milwaukee County DA John Chisholm “guaranteed” that his diversion approach to the criminal justice system would result in someone being killed.

That was years before the Waukesha Christmas Parade massacre with a repeat offender who was released on bail so low even the DA himself now says it was inappropriate. But back in 2007, he promised his approach to the criminal justice system would result in someone going out and killing somebody.

Five people died and 48 people were injured in the Waukesha Christmas Parade horror.

“Is there going to be an individual I divert, or I put into treatment program, who’s going to go out and kill somebody?” John Chisholm said in a 2007 interview with the Milwaukee Journal Sentinel. “You bet. Guaranteed. It’s guaranteed to happen. It does not invalidate the overall approach.”

The Journal Sentinel republished that John Chisholm quote in 2013, in a story that read, “Overdose death highlights deferred prosecutions in Milwaukee County.” That story noted, “Milwaukee County District Attorney John Chisholm has long been a proponent of diverting nonviolent offenders from the traditional criminal justice system to programs aimed at giving them a second chance.”

The Milwaukee County District Attorney’s Office is acknowledging an “inappropriately low” bail recommendation from his office based on Darrell Brooks’ recent and pending charges.

Darrel Brooks has been accused by Waukesha Police of driving the red SUV through the Waukesha Christmas Parade just before 5 p.m. on Sunday, Nov. 21.

Below is the summary of pending charges against Mr. Darrell Brooks: On July 27, 2020, the Milwaukee County District Attorney’s Office issued two counts of second-degree Recklessly Endangering Safety and Felon In Possession of a Firearm in case2020CF002550. Cash bail was originally set at $10,000 and subsequently reduced to $7,500. Unlike some other states, Wisconsin requires payment for the full amount of bail set in any criminal case.

On November 5, 2021, the Milwaukee County District Attorney’s Office issued against Mr.Brooks charges of Second Degree Recklessly Endangering Safety, Felony Bail Jumping, Battery, Obstructing an Officer and Disorderly Conduct in case 2021CF004596. The most recent case against Mr. Brooks was appropriately charged. The State made a cash bail request in this case of$1,000, which was set by the court. The defendant posted $1,000 cash bail on November 11, resulting in his release from custody.

The State’s bail recommendation, in this case, was inappropriately low in light of the nature of the recent changes and the pending charges against Mr. Brooks. The bail recommendation in this case is not consistent with the approach of the Milwaukee County District Attorney’s Office toward matters involving violent crime, nor was it consistent with the risk assessment of the defendant prior to setting of bail.

This office is currently conducting an internal review of the decision to make the recent bail recommendation in this matter in order to determine the appropriate next steps.