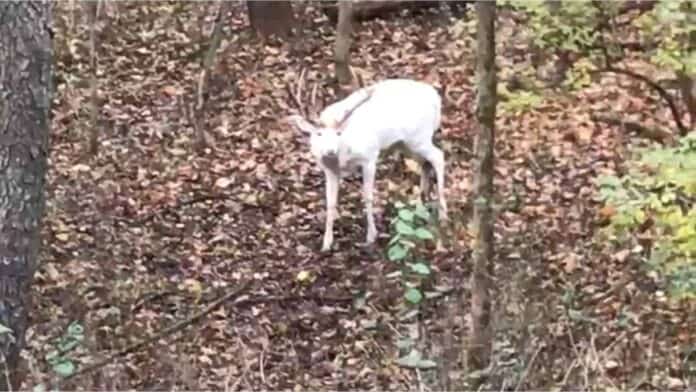 A 16 point albino buck was caught on video on November 12, 2021 in southern Washington County.

The video was taken by 14-year-old Luke Piwowarczyk as he was bow hunting in a tree stand at about 3:20 PM.

Luke said he initially thought his eyes were playing tricks on him when the huge albino buck appeared.

He knew it was illegal to shoot it, so he instead took out his cell phone and recorded it for about the 40 seconds it stayed around. That was enough time though for him to count the 16 points, including 2 drop tines.

The buck then disappeared back into the woods, like a ghost, he said.