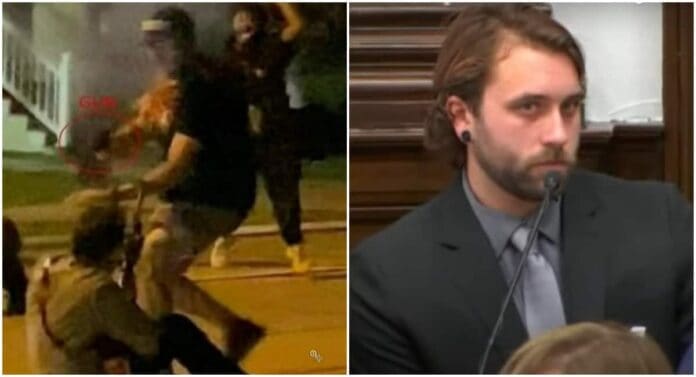 In an extremely disingenuous (being charitable there), appearance on Good Morning America alongside his civil attorney Kimberley Motley (who is trying to get millions of dollars on his behalf), Grosskreutz switched his story 180 degrees from his trial testimony earlier in the week. Unbelievably, Motley then accused RITTENHOUSE of inconsistencies on the stand.

Here is what Grosskreutz said on GMA at the key moment:

Host Michael Strahan asked, “You’re saying you weren’t pointing your gun at him?”

“That’s absolutely what I’m saying yes,” said Grosskreutz. “Kyle Rittenhouse was an active shooter. He murdered two men and he attempted to murder me.”

Defense attorney: “You would agree your firearm is pointed at Mr. Rittenhouse correct?”

Defense: “Once your firearm is pointed at Mr. Rittenhouse, that’s when he fires his gun, yes?

Defense: “Sir, look…Does this look like right now your arm is being shot?”

Grosskreutz: “That looks like my bicep being vaporized yes.”

Defense: “It’s being vaporized because you’re pointing a gun directly at him, yes?”

Defense: “When you’re standing 3-5 feet from him with your arms up in the air he never fired. Right?”

Defense: “It wasn’t until you pointed your gun at him, advanced on him with your gun, now your hands down, pointed at him, that he fired, right?”

The defense introduced this still shot they say shows Grosskreutz with the gun as his bicep “vaporized.” Rittenhouse is claiming he feared for his life at the hands of Grosskreutz and acted in self-defense. 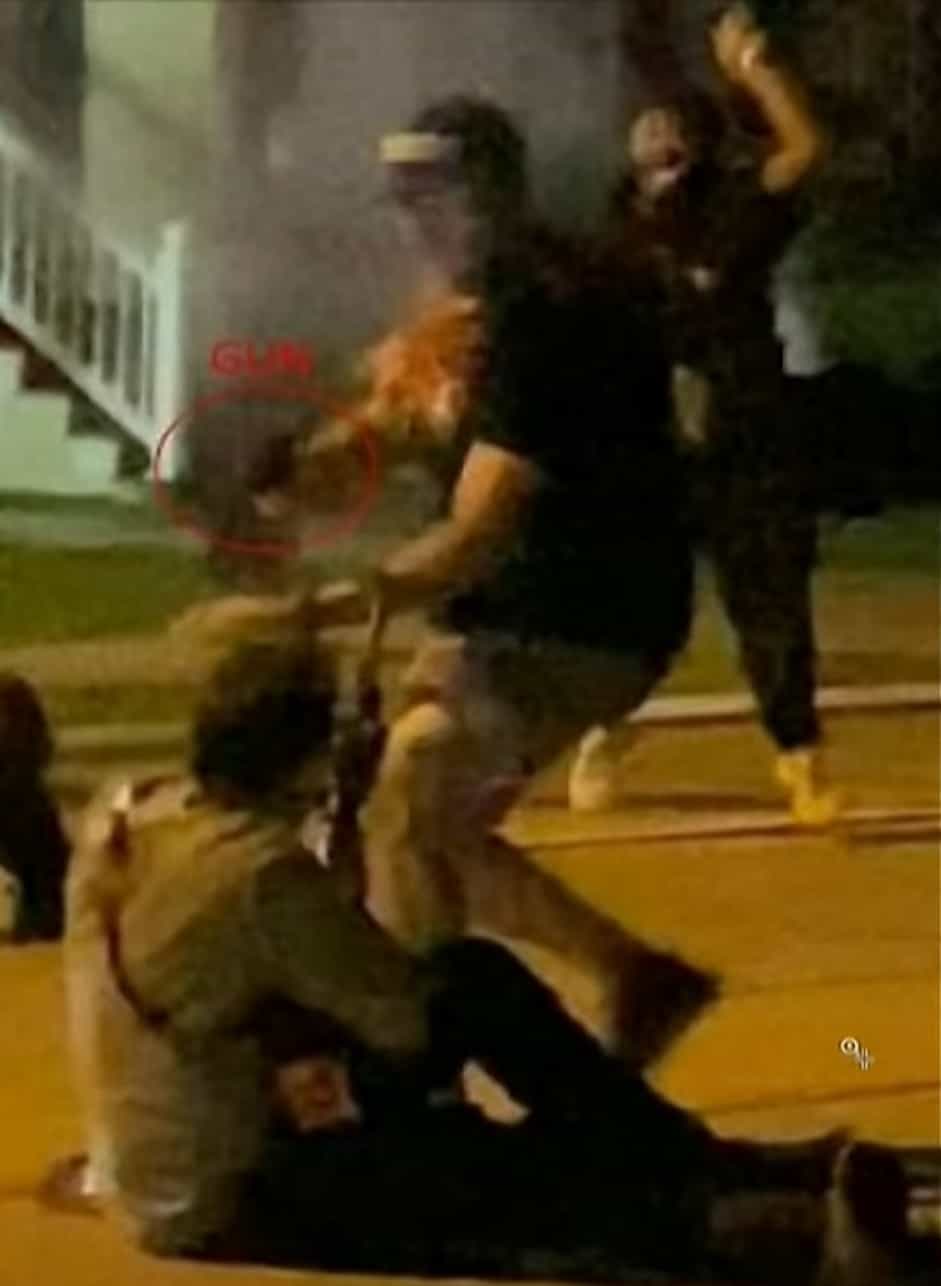 Grosskreutz, who has a prior conviction for intoxicated use of a firearm, and several past citations, including one for loitering for allegedly “lurking” in an area where West Allis, Wisconsin, police keep their private vehicles, videotaping them. He was found guilty in a 2019 citation for obedience to officers and loud noises in Ashland, Wisconsin.

He admitted on the witness stand that he was carrying a gun concealed the night Rittenhouse shot him and that his concealed carry permit had expired. It’s illegal in Wisconsin to carry a gun concealed without a valid permit. But GMA didn’t ask him about any of that.

Asked on GMA why he pointed his gun at Rittenhouse, he referenced the Second Amendment “right of American citizens to bear arms. And I think that during cross-examination, it’s hard to say what you want to say; I do believe that in that photo given the right narrative, um, one could suggest that yes I was pointing my weapon at the defendant, um, but when you play it as a movie or look at it different stills, my arm was being vaporized as I was allegedly pointing my weapon at the defendant. It’s completely inconsistent with the physiology of my wound that he would have shot me while my weapon was pointed at his head.”

That’s when ost Michael Strahan asked, “You’re saying you weren’t pointing your gun at him?”

“That’s absolutely what I’m saying yes,” said Grosskreutz. “Kyle Rittenhouse was an active shooter. He murdered two men and he attempted to murder me.”

Grosskreutz appeared on the TV show with his attorney Kimberley Motley. Of Rittenhouse’s trial testimony, he said, “Well I think any time you see your would-be murderer on the stand, it’s emotional.”

Asked his reaction to Rittenhouse crying, he said, “To me, it seemed like a child who had just gotten caught doing something he wasn’t supposed to. More upset he was caught and less upset by what he had done and what he had taken and the numerous lives he affected that night.”

“There are a million things that run through your mind when someone’s pointing a rifle at you after just having murdered someone,” Grosskreutz said. “I was concerned for my safety. I’m not somebody who takes a life, I’ve made a life out of protecting and preserving life.”

On the witness stand, though, Grosskreutz said he was afraid for RITTENHOUSE’S safety at the hands of Anthony Huber, who was hitting Rittenhouse with a skateboard and “wrestling” for Rittenhouse’s gun when shot.