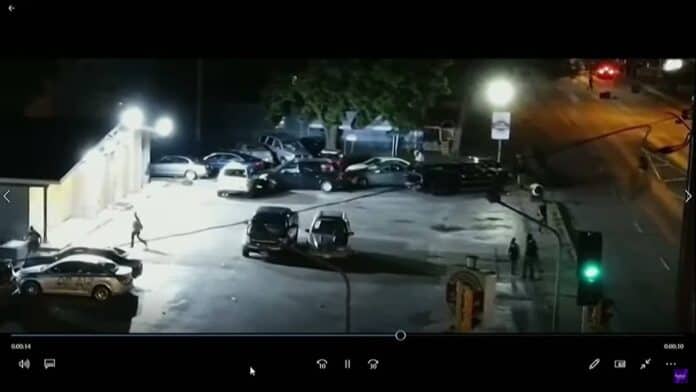 It’s a video we hadn’t seen before. And it’s the closest look at Joseph Rosenbaum chasing Kyle Rittenhouse.

The never-before-seen video appears to the clearest and closest released so far of the Joseph Rosenbaum shooting. A previously widely circulated video of that shooting is grainier and further away.

The prosecution and defense were first made aware of the video on Friday, and the Wisconsin State Crime Lab began an analysis of it on Sunday.

James Armstrong, a forensic imaging specialist with the Wisconsin State Crime lab, zoomed in and slowed down the video for the jury. It shows Rosenbaum chasing Rittenhouse before Rittenhouse turns around and fires at Rosenbaum at very close range.

Rittenhouse is on trial for the deaths of Rosenbaum and Anthony Huber, and the wounding of Gaige Grosskreutz. He is claiming self-defense.