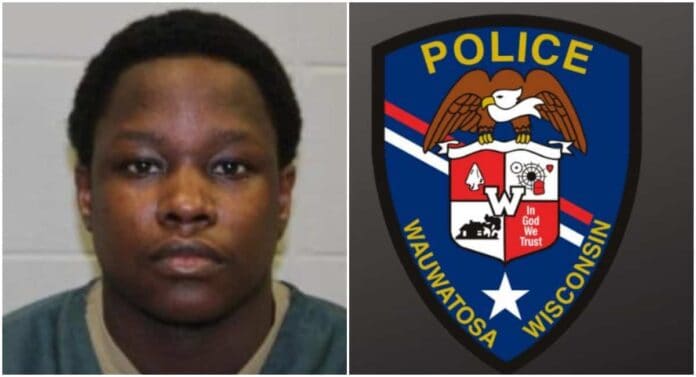 The Wauwatosa Police Department has released the following update on the Wauwatosa police officers who were shot on Nov. 6, 2021. Two officers were shot, and another was grazed by a bullet.

Wisconsin Right Now was the first to report the identity of the suspected shooter and reported on his extensive criminal record and open felony gun case from March 2020. The next morning, the Wauwatosa police confirmed the suspect’s name.

Their statement on the Radisson shooting:

On Saturday, November 6th, at 10:33 p.m., officers responded for a report of shots fired at
the Radisson Hotel, 2303 N Mayfair Rd. Upon arrival, officers were directed to the second floor where they were able to confirm that shots had been fired. Officers then began checking rooms on the second floor for injured parties and witnesses. While attempting contact at one of the rooms, a subject shot the officers through the door with a handgun, causing injuries to three officers. Officers returned fire before moving to a position of safety. The suspect was eventually taken into custody in the hallway outside the room.

The suspect, 33-year-old Kenneth Burney of the City of Milwaukee, is believed to be the
lone actor and was not injured. Two handguns were recovered from the room. Charges will be referred to the Milwaukee County District Attorney’s Office.

At this time, we do not believe the original call for service at the Radisson and the
exchange with officers to be related. The Milwaukee Area Investigative Team (MAIT) is
investigating the officer-involved shooting with the Milwaukee Police Department as the
lead agency. The Wauwatosa Police Department is the lead agency on the initial report
of shots fired.

We would like to thank our responding officers, supervisors and dispatchers for their
quick response, decisive actions and bravery during this critical incident. We would also
like to thank the numerous agencies that responded to assist:

We are immensely proud of our officers for their courage under fire, professionalism and
leadership throughout this incident. The support we received, and continue to receive,
from our community demonstrates that public safety is a shared responsibility. We are
dedicated to working in collaboration with our partners and stakeholders to make
Wauwatosa a safe and secure community for all.